Will Rock must save his girlfriend from Zeus and his cronies in this fast-paced first-person shooter by Saber Interactive.

Will Rock is a first-person shooter developed by Saber Interactive and published by Ubisoft for the PC. Though the game's graphics were above average for 2003, it was entering a very crowded FPS market and saw little media coverage. Upon release it received mostly middling reviews, and Saber Interactive later moved on to make TimeShift and Inversion.

As the title suggests, the protagonist is Willford Rockwell or Will Rock. Will is an archaeology student, complete with an experienced mentor (Dr. Richard Headstrong,) good build, average looks and a smoking hot girlfriend (Emma) who is also the daughter of his mentor. But when a seemingly uneventful dig takes a turn for the worse, Will is forced into becoming a one-man army against a fanatic cult known as the Olympian Restoration Army (ORA) who have found a way to bring back Zeus and a boatload of mythological beings from ancient Greece (who all really existed, evidently.)

The ORA then murder Richard, and abduct Emma as a mortal bride for Zeus so that he can gain complete power over the mortal world which, unsurprisingly, drives Will over the edge and leaves him in a rather unpleasant position. Luckily for Will the Titan god Prometheus, who happens to be in the market for recruits to destroy Zeus, was close by. With similar goals in mind, Prometheus imbues Will with power leaving him half-man, half-titan - perfect for Will to exact his revenge and rescue his damsel in distress. Locked, loaded and possessed the player is left to control Will as he storms the lost city of Olympus without fear of the terrors within...

Like Serious Sam, Will Rock is a rather fast paced first-person shooter in which the player has access to a plethora of ridiculous weapons that are used to fend off a just as ridiculous number of enemies. These enemies generally attack in mobs with different types of abilities and the aim of the game is to pretty much obliterate them throughout the levels with the occasional boss fight including a Giant Cyclops (not to be confused with a normal cyclops), Hephaestus, Medusa and Zeus himself. These boss fights may make the player think just a tad more by implementing thunderbolts that should be dodged but in the end it still rounds down to point and shoot.

However, the rather non-existent puzzles and platforming in Serious Sam actually show up in Will Rock. The player has to occasionally navigate their way around the environment, usually by jumping around (sometimes with trampolines), destroying a path or finding a switch/lever that does something useful. Swinging axes and spikes are just some of the things that the player must also work around. Scattered throughout the levels are also hidden areas and destructible objects such as pots which contain treasure, encouraging the player to explore and shoot everything. To change things up even more, the player has access to three powers, compliments of Prometheus, which can be purchased and replenished at shrines located around the levels with treasure. They are:

Players have health and armor which are also scattered around the levels and an end-of-level summary is provided summarizing the number of enemies the player killed, treasures that have been found, et cetera. There are three difficulty levels for this game, Will Win (easy), Will Play (normal), Will Die (hard) and there are ten reasonably large levels in both the single player and co-op modes. There is also another multiplayer feature called 'fragmatch', a 16-player deathmatch in which options such as time and kill limits can be set.

The starting weapons are the shovel and pistol and the rest of them are unlocked by progressing through the game. They are usually placed in obvious areas with heaps of ammo and are usually paired with many enemies in a situation where the placed weapon would be useful, acting as a kind of tutorial for the weapon.

These enemies are fast in water and tend to bite.

These flying babies' weapon of choice is the bow and arrow.

These one-eyed creatures throw flaming rocks and bash things with their clubs.

These statues of throw flaming discs.

Both harpies and eagles fly around and spit fire and acid.

This Greek god attacks with a hammer and homing rocks.

These fast beasts run around and leap or maul to attack.

Instead of turning the player into stone, she shoots fireballs.

These mythological beasts attack with an axe, sometimes flaming and split into two blood minotaurs when killed.

These over-sized rodents explode after running up to the player.

A creature that shoots arrows.

These dead foot soldiers come in different varieties including the regular foot soldier, a flaming spear wielder, a centurion, and a centaur.

Zeus attacks with lightning or fire while summoning minions. 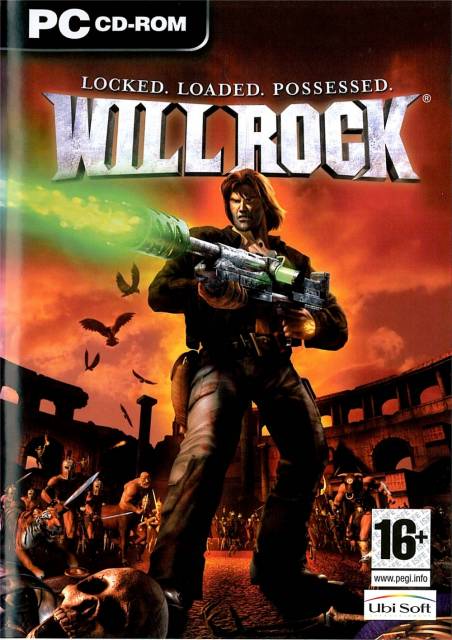