Distant Worlds is a pausable, real-time space 4X game . Its most unique features are it's huge scale and adjustable automation that helps the player manage their empire.

Unlike most 4X games, DW has many automation options, almost allowing the game to play itself save for decision making and diplomacy. This allows the player to learn the games different systems individually, easing the steep learning curve. The player can choose to control (or automate) ship building, ship design, diplomacy, military actions, trade, colonisation and research.

The player can achieve victory in many ways. Aside from basic 4x objectives (such as controlling a large percentage of the map, or having a set percentage of the galaxy's population/trade/research) each race has a race specific objective that allows them to strive for the completion of a task that best suits the strengths of their chosen species.

Like the Civilization series the game has an in-game editor, which can be switched to at any time, as well as a Galacticopedia, featuring a deep set of tutorials and explanations for the game mechanics, and almost everything present in the game, such as planet types, weaponry and government types.

The game is 2D top-down, and uses a mix of sprites and vector/drawn art. It is highly moddable, using .txt and .jpgs for much of the game.

DW has 4 expansions so far:

The game plays like most 4X games: a main view where you look and keep track of your empire with it, the mini-map and a list, with Research and Management opening in pop-up/separate windows.

Starting a new game is more in-depth than most other 4X's, with the player being able to define Galaxy Age, Pirate Intensity and other specific options; this also includes defining how victory can be achieved, with the percentage of the basic objectives (% of Galaxy controlled,% of total Trade controlled and others) needed, as well as percentage of the Race-specific objectives needed.

This is where DW simplifies expanding the infrastructure of your empire: instead of manually setting orders to direct trade at this system, a group of private traders will go and automatically trade what they can, instead of having to transport people or goods, private ships will do so automatically.

The main difference between the two is that the Private side purchases ships and designs from the State, who run colonies, military vessels, and space bases; the Private side can also build extractors and refineries of their own, running goods transports for the State anyway.

Automation options also allows for the State side to be run automatically.

Much like other 4X games the game allows the player to get a simple look at how his empire is doing through a basic management screen, with options for detailed explanations.

Divided into 3 separate sectors: Weapons tech, Defensive tech and General Empire Tech; each sector researches an item at once, with the tech tree being much like Galactic Civilizations II in terms of layout.

Different to other space 4X's this works by choosing the ship role, the ship image used, and then picking the components in it, with no need to worry over tile placement, instead having to consider mass, energy power and the limits of what the ship can do.

Space combat is very simple in that it has ships fire their weapons and does a runthrough of checks and equations to see how much damage has been done.

Planet combat is different to other games in that the defenders must have brought or trained troops of their own to defend a colony, save for the militia, and the attackers bring their troops, leading to a smashing of the two forces to see who wins. Other forms of planetary combat include attacking with ship weaponry, as well as the standard nuking being an option.

CD-Rom: not required, except if installing from CD

Anything else that is needed: Microsoft .Net Framework 3.0 or later (will be included with installer) 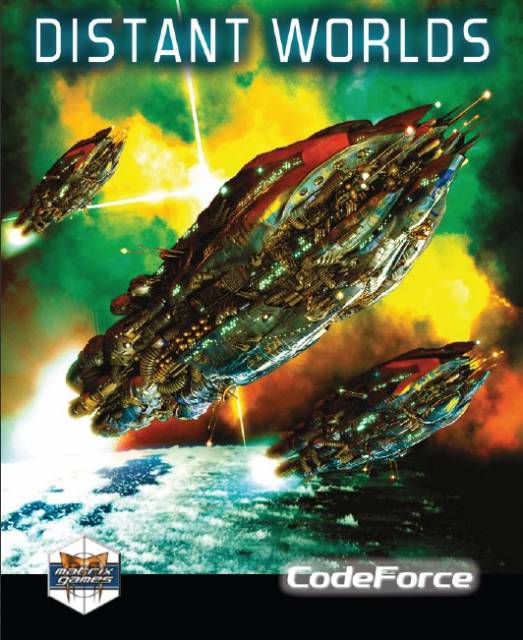