As the titular Black Widow, players defend themselves from waves of bugs in this Atari arcade game.

The player controls the Black Widow from a fixed top-down view as it moves across it's web fighting enemy insects by shooting objects out of it's mouth at them. Some insects on the screen may also lay eggs which will hatch into new enemies if not moved off of the screen within a certain time period. When the player kills enemies their score increases and any single hit from an enemy will cause them to lose a life. A creature called the 'Bug Slayer' can also appear on screen, helping the player destroy enemies but depriving them of points.

The world record for most points achieved on Black Widow is 930,100 points, and is held by James Vollandt.

Black Widow has been re-released multiple times as part of various Atari arcade game collections over the years. 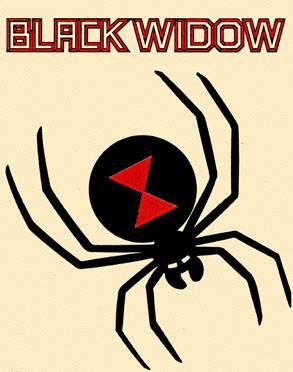