Way of the Samurai 4

The fourth game in the Way of the Samurai series.
PlayStation 3 PlayStation Network (PS3)

Way of the Samurai 4 is the second title in the series to appear on the PlayStation 3. It was developed by Acquire and originally published by Spike in Japan in March of 2011. The game is slated to be released in North America on August 21, 2012 by XSEED Games. XSEED's marketing has stated that the game's content will not be cut or censored for its western release.

Way of the Samurai 4 is set in the fictional Japanese port town of Amihama in the year 1855. At this time, three factions are warring for or against western influence in the country as the United States puts pressure on Japan to open it's borders to foreign trade. Players can thus align themselves with the pro-government forces, the anti-government rebel samurai, or the British Navy stationed in the city attempting to negotiate peace. As in previous games, Way of the Samurai 4's story is open-ended with multiple endings based on the actions the player takes during the game. 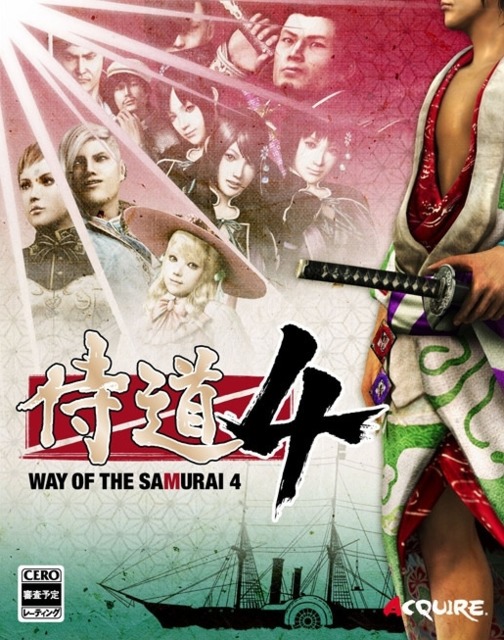