In late April 2011, EA Sports announced that the cover athlete for Madden 12 would be Cleveland Browns running back Peyton Hillis. After a month long 32 player fan vote, Hillis faced off against former Madden 2004 Cover Athlete and Philadelphia Eagles Quarterback Michael Vick. Hillis entered the tournament as the No. 10 overall seed, while Vick was the No. 3 seed and the odds on favorite entering the tournament finale. Throughout the tournament Hillis was buoyed by an online campaign that included front-page treatment on the Browns' website, as well as ongoing Twitter and Facebook campaigns by the team. Hillis won the final vote by an overwhelming margin (66 percent).

Overall, the fan vote was largely regarded as a success by EA Sports who reported that almost 13 million votes were cast -- including more than 1 million in the final.

EA has announced a Hall of Fame edition featuring St. Louis Rams running back Marshall Faulk on the cover, which commemorates the first Madden cover athlete to be inducted into the NFL's Hall of Fame. Available for the $89.99, this extremely limited run of 125,000 copies will be available exclusively in the United States for the PlayStation 3 & Xbox 360. This edition of the game will include:

Prior to the release of Madden NFL 12, EA Sports and ESPN allowed fans to vote for one of five players from five different attributes to receive a "100" rating. The majority of players were already ranked between 97-99. The winner of each category was inducted into the "Madden Club 100" The voting took place from August 22 to August 26 via ESPN's Sports Nation. The five for each attribute are listed below with the winner italicized.

On August 9, 2011 EA Sports released a demo of Madden 12 that features a rematch of last years NFC Championship game between the Super Bowl Champion Green Bay Packers and The Chicago Bears. 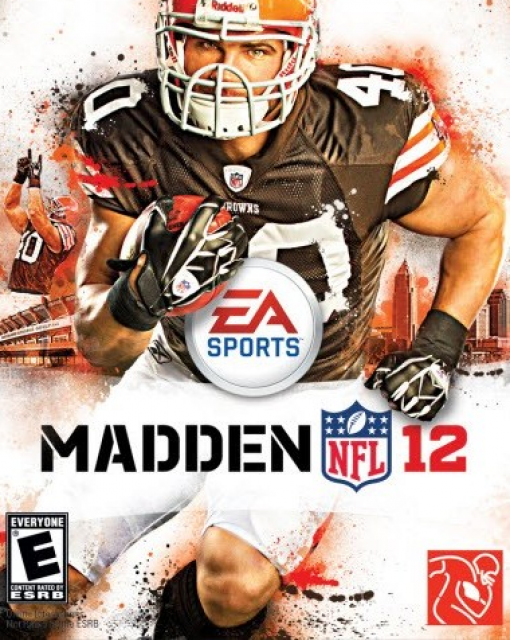