A Sega-published arcade and Genesis over-the-shoulder rail shooting game, pitting the cybernetic Duke against an army of mutant, criminal baddies.

Dynamite Duke has the player assuming the titular role, playing a cybernetically enhanced super-soldier fighting waves of baddies. Battling his way to defeat a turncoat scientist creating an army of mutants, Dynamite Duke is a over-the-shoulder rail shooter. Armed with a MAC-10 and cybernetic arm, Duke shoots and punches his way through the game's levels, offering both gunplay and hand-to-hand action.

An updated version of Dynamite Duke with simultaneous multiplayer was released to arcades under the name "The Double Dynamites." The Genesis and Sharp X68000 ports were developed by Hertz, which at the time primarily focused on console ports of arcade games. 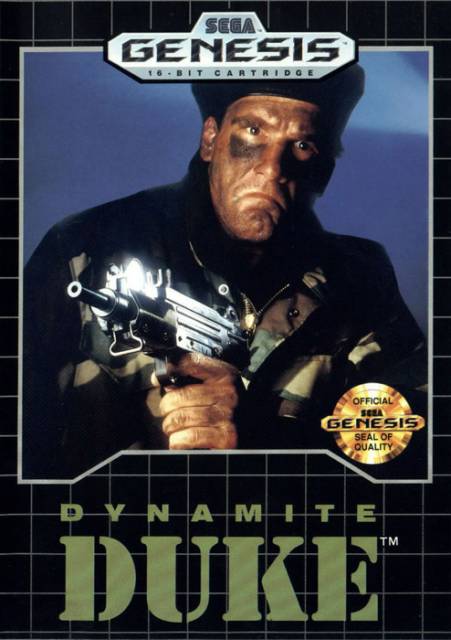