Super Dodge Ball, known as Nekketsu Kōkō Dodgeball Bu in Japan, is an action sports game that pits two teams of six players against one another on a variety of different courts and environments.
PlayStation 2

Super Dodge Ball was released for the Arcade and later adapted to the NES. It was originally released in Japan as Nekketsu Kōkō Dodgeball Bu ("Hot-Blooded Highschool Dodgeball Club"), part of the Kunio-Kun series.

The game saw some significant changes between its Arcade and NES versions. The Sharp X68000 is a port of the Arcade version, which was later also added to the Ore-tachi Game Center Zoku compilation for PS2. The NES version was later added to the Kunio-kun Nekketsu Collection 1 for GBA and the Wii's Virtual Console in 2007.

Additionally, if the player can make it through all of the teams, they will play "Team Shadow." Team Shadow is an evil version of team USA with similar teammates, power throws, and home court advantage.

In Bean Ball mode, players are taken back to their days on the playground. This is less structured, and allows players to run around all over the place. Play continues until there is only one player left standing.

Currently, the only sequels that exist have yet to be released outside of Japan. 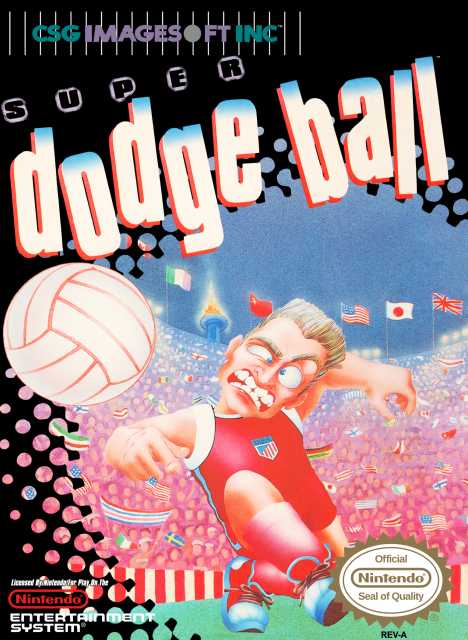