The debut game from a new Polish development studio, Flying Wild Hog. The player controls a cyborg, Major Fletcher, who must use a pair of transforming weapons to defeat an army of malfunctioning robots that endanger the "cyberpunk megacity" of Bezoar.

Hard Reset is a PC-exclusive, single-player, first-person shooter set in a cyberpunk future. It was released September 13, 2011. Players take the role of the cyborg detective, Major James Fletcher, as he traverses the cyberpunk megacity of Bezoar and tries to fight off an invading army of malfunctioning robots. A retail version of the game has been announced; it will include additional content, consisting of five new levels and one boss fight. The extra content from the retail version will also be available via Steam as DLC; it is set for release sometime between late April and early May.

The gameplay is intended to be a mix of older PC FPSs with legions of charging enemies in the manner of People Can Fly's Painkiller and modern physics & environmental damage (akin to People Can Fly's other shooter, Bulletstorm). Fletcher has access to two transforming guns, each with 5 different variants - one can transform into kinetic weapons, such as assault rifles, shotguns and rocket launchers; the other can transform into various types of electricity-based energy weapons. The game will also contain RPG elements, such as the ability to upgrade various statistics relating to both of the game's weapons and Fletcher's combat suit.

The game was developed by a new Polish studio, Flying Wild Hog, which comprises developers who have previously worked with CITY Interactive, People Can Fly and CD Projekt Red. The game was secretly in development since April 2009, but was not announced until mid-2011. According to Michal Szustak, Flying Wild Hog's CEO, "We decided to show our game when it was ready. When it's literally done. No postponements. We want the players to trust us."

The game was built from the ground up using a new in-house game engine, specifically optimized for the PC, especially for lower-end systems. In an interview with Ars Technica, Flying Wild Hog's co-founder Klaudiusz Zych explained that the game won't have a quick-save feature to avoid difficulty & balance issues, while also avoiding the frustration of not saving often enough by using frequent checkpointing instead.

Hard Reset paints a picture of a world where machines are intent on controlling and absorbing all of humanity's collective knowledge and consequently are at war with humanity. This conflict has begun to push humanity towards the brink of extinction.

The game centers around Major James Fletcher, a cyborg-soldier working for a private military company called 'CLN'. The game takes place in the dystopian setting of Bezoar - the world's last extant human city - it is here that Fletcher must fend off waves of hostile robots.

The story is delivered through a combination of motion comic cutscenes and environmental story telling (such as; in-game advertisements, propaganda announcements and unique environmental details). The game's setting was primarily inspired by the concept art of the movie Blade Runner.

The game doesn't include standard health regeneration, instead it relies on health pickups from the environment and dead enemies. However, the player's shield quickly regenerates after avoiding damage for a short time. Both of these are indicated on the HUD through a health & shield meter, along with a stamina meter for sprint, energy/ammunition for weapons, and a N.A.N.O. bar (similar to an experience bar) which is the currency that players will gather to buy new weapons and upgrades.

Major Fletcher has access to two distinct weapon classes; the N.R.G. weapon (an energy-based weapon) and the CLN weapon (a kinetic-based weapon). Each of these weapons have the ability to physically transform into five different weapon types. As well as this, both of these weapons have alternate fire modes.Each weapon slowly regenerates ammo up to 50 energy, with a maximum capacity of 200.

Fletcher also has access to combat gear which can be upgraded too; the combat gear can add additional information to the game's HUD, slow down time when health is critical, improve ammo capacity and increase maximum health and shield.

The N.R.G is an energy based weapon and has the following variants, with 2 additional upgrades for each variant (available after unlocking the primary fire mode):

The CLN is a projectile-based weapon and turns into the following variants:

Fletcher's combat suit and eye can also be upgraded with the following add-ons: 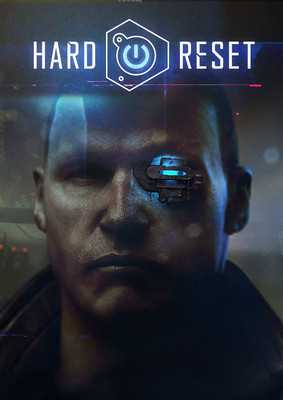