An action-platformer for various platforms, inspired by Sonic and Mario. The titular soccer-loving lad must travel the world to recover a World Cup trophy stolen by aliens.

Soccer Kid is a platformer from UK developer Krisalis Software, released on a multitude of systems in 1993 and 1994. The player, as the eponymous Soccer Kid, must recover the pieces of the World Cup Trophy from across the globe after a botched burglary from a group of space pirates. Soccer Kid uses his soccerball to attack enemies, and is able to control it and send it flying in different directions. If he loses the ball, he can simply summon it back to his feet by holding down the kick button.

The title screen for most versions of Soccer Kid would allow the player to change the colors on the uniform Soccer Kid wears in-game to closely match their supported team. For the Super Nintendo version, the player could cycle through shirt and short colors with the shoulder buttons.

For the US Super Nintendo release, the game was renamed The Adventures of Kid Kleets. The PAL version had in-game advertising for Golden Grahams cereal. The Japanese Super Famicom version of the game had new art for Soccer Kid, rendering him in a more anime style on the title screen, box art and cutscenes (the sprite remained the same).

The original concept for the game was by Dean Lester when the company wanted to do a Mad Professor Mariarti sequel. Lester later took the same concept to Domark, who released the less successful Marko's Magic Football. 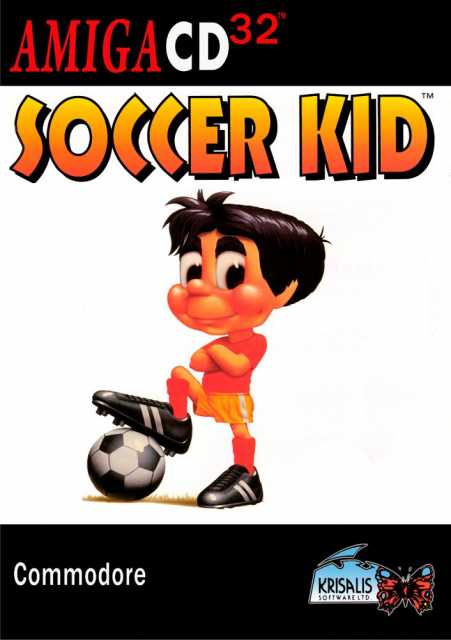