An upgraded version of Monster Hunter Tri for the 3DS and Wii U.
Nintendo 3DS Nintendo 3DS eShop Wii U

Monster Hunter 3 Ultimate is a 3DS and Wii U version of Capcom's Monster Hunter Tri, originally released for the Wii. The game features additional character classes, areas and quests previously seen in other incarnations of the game. Water areas removed from Monster Hunter Portable 3rd are back in. Another new addition is a lock-on camera option to address complaints leveled against the games' camera. In Japan, the 3DS version was among the first games compatible with the Circle Pad Pro accessory. It was released in Japan on December 10, 2011.

On September 13, 2012, the announcement was made that the game will be localized and released in the west for the Wii U and 3DS. The English localization was again handled by 8-4, Ltd. who also localized Monster Hunter Tri for the west.

On January 17, 2012, the release dates were announced along with confirmation of voice chat for the Wii U version (via the GamePad microphone) as well as a day-1 patch adding optional USB keyboard support on the Wii U. The game will be available as a Nintendo eShop downloadable title and a free demo was made be available February 21, 2013, on both the 3DS and Wii U eShop. The Wii U version takes up 6.07 GB of storage.

While Capcom remains as publisher of the title, Nintendo is handling sales, marketing and distribution in Europe and Australia via a newly struck distribution deal with Capcom.

Monster Hunter 3 Ultimate's multiplayer support differs between platforms and a contrived set up is required to play online with the 3DS. On the Wii U, players can play online in groups up to four players. On the 3DS, players can play with each other locally on the same Wi-Fi network or over an ad-hoc network. However, with the 3DS, online play requires a Wii U augmented with an ethernet adapter plus a second wi-fi hot spot adapter. While the Wii U is acting as an online gateway for a 3DS it cannot be used to play games.

The camera in Monster Hunter doesn't behave like a traditional third person perspective. Looking from side to side is normal, but while looking up or down the camera shifts into several different positions.

Monster Hunter is an action RPG that focuses on the equipment rather than leveling up your character. The further the player progresses in the game, the more you are allowed to forge better equipment. Forging different armor and weapons requires you to have certain items from monsters or from around the world from the different environments.

The game takes place in multiple areas that are split up into sections. The mini-map shows the segmented areas and the paths to take to get from one area to another.

Attacking in the game has animation priority similar to that of Dark Souls or Demon's Souls. Each of the weapons behave differently and have unique ways of attacking. Certain weapons start with a side swipe rather than an overhead smash. Mashing the primary attack button will let out the combo associated with that weapon. Each weapon also has a second button and third attack which is achieved by pressing both attack buttons and the R button. After each attack the player can press the dodge button and cancel the end of the animation. Some of the weapons like the Lance or the sword and shield have a block which replaces the dodge.

The game starts off with one through five star rated quests; these are considered to be Low Rank. Each rank of stars has a number of quests within them. The more stars the harder the quests. When you reach the six star or more quests in the Moga Village, they are considered High Rank.

At the start of each new star ranked quests it gives you a quest called a Harvest Tour. With this certain quest you can have a look around the area, familiarize yourself and and gather items without worrying about fighting the giant monsters. Moving on the the higher ranked quests you are introduced to much tougher monsters or stronger versions of previous monsters. At the end of a set of quests you will be given an urgent quests which is typically harder than the previous quests. The urgent quests introduces you to the next set of ranked quests. Finishing the Chief's son's requests unlocks the last half of the first start ranked quests and lets you move on the the six stars quests and so on. 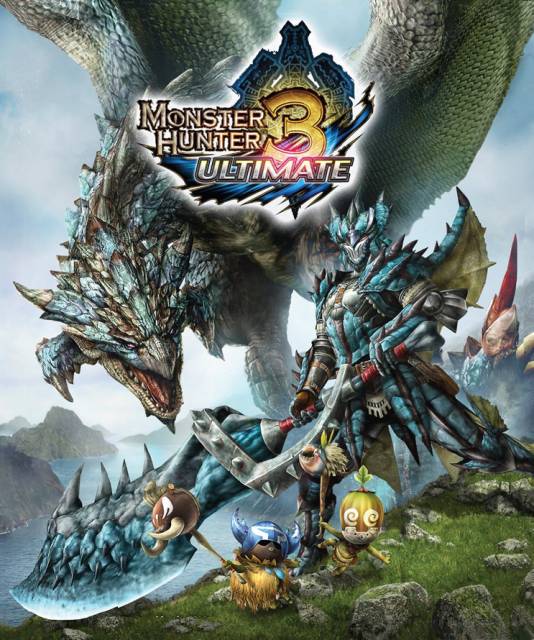