In this adventure based on a popular comedic group from Brazil, your goal is to get laid at a party while getting through challenges mostly cloned from classic games such as Pac-Man, Street Fighter and Doom.

Formatted to be the first comic adventure game, Noite Animal tells the story of an teenager going to a party and trying to get laid. The game uses the storyline to create challenges with classic games like Tetris, Space Invaders, Pac-man, Street Fighter, Doom and others. Part of the pun is getting the games to be hard to play and somewhat 'flawed'.

The first major production for a game in Brazil, Noite Animal was produced with a team of over 20 people during an 18month period. Although gathering mixed reviews, the team members at ATR went on to produce succesful board game adaptations. 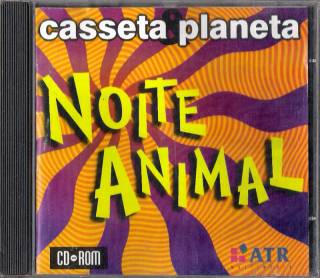