Players control small groups of large robots known as Sentients, and use the touch interface to issue commands. Sentients can level up through experiance and can be outfitted with different weapons. The game consists of 8 stages, each having multiple levels. Each level requires the player to capture specific rooms in an area, which can be done either by killing all of the enemy units, or by capturing artifacts.

Sentients are broken down into three classes:

Tanks, which have are slow and have high HP.

DPS, which are faster and more powerful attackers, but lack hp and armor.

Healers, whcih heal other sentients, and can also be outfited with limited offensive weapons.

Sentients can also be trained in Fusion: Sentient and traded into the XBLA game Fusion: Genesis through a feature called the Auction house. 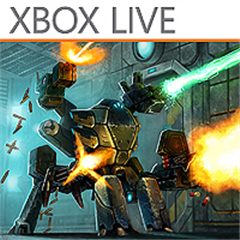