Conception: Ore no Kodomo wo Undekure!

A Japan-only PSP RPG/social sim-hybrid created by Spike Chunsoft that tasks players with saving the world of Granbania in part by bonding with 12 special maidens to create "Star Children" that team up with the protagonist in battle.
PlayStation Portable

Conception: Ore no Kodomo wo Undekure!, literally translated as "Conception: Please Have My Children!", is a Japanese-only RPG with social sim elements that was developed by Chime and published by Spike Chunsoft for the PlayStation Portable on April 26, 2012. Taking on the role of the "Marebito," the game revolves around saving the parallel world of Granbania by restoring power to 12 mystical relics that each correspond to the major western astrological signs before monsters known as "Kegare" overrun it. The crux to accomplishing this, however, lies in developing relationships with 12 maidens specially chosen to oversee the welfare of their respective relics, as they hold the power to create "Star Children" that join the protagonist during dungeon crawling and combat. Conception's tone is tongue-in-cheek in nature; the game's various innuendos are regularly used to parody more straight-laced fictional female harem series, with things such as the creation of Star Children implied to not entail actual sexual intercourse.

Conception was later followed by a sequel a year later in 2013, called Conception II: Children of the Seven Stars, and was eventually adapted into an anime that was produced by GONZO and premiered in October 2018. Coinciding with the anime's release, an enhanced port of Conception was announced for the PlayStation 4 called Conception Plus. 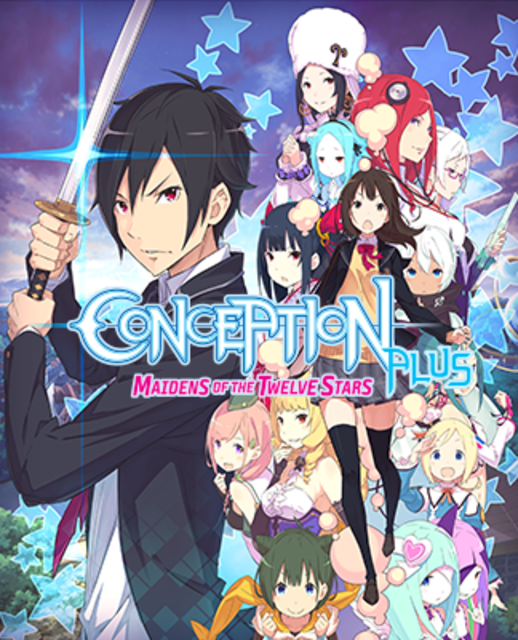