Devilman is a survival horror game based on the manga of the same name-though most of the visual design is taken from the OVA-, released on PlayStation and Windows 98. It is highly influenced by Resident Evil from the atmosphere, gameplay, and design. Content from the original manga was altered to create a more cohesive, shorter game experience.

The narrative follows a modified plot from the manga. Ryo Asuka asks Akira Fudo to fuse with a devil to fight demons as Devilman, fighting evil with evil. Recurring demons from the original make appearances as the enemies fight and run away from them. The Story is presented with in-game cut scenes that are fully voiced in Japanese with no subtitles. Everything is seen from Akira Fudo's perspective while Ryo Asuka is the main supporting character, the rest of the casts' importance is greatly diminished. The game ends after the battle with Sirene.

The gameplay comprises of survival horror set-pieces with light puzzle elements, introducing basic combat once Akira becomes Devilman. Movement is based on the d-pad and the face buttons are for various actions for investigation, becoming attack buttons in combat sections. Devilman sports tank controls with the ability to slow down or run to sneak past and get away from enemies respectively. Once becoming Devilman, the focus shifts from running away from monsters to fighting them. The action is simple with punches and kicks peppered in with a need to dodge. Special attacks also open up, using SP. It stays simple with little variation all the way to the end.

After beating the game with a "C" rank or higher allows a 'special' game mode option to appear. This extra mode includes an extra section based on the 1972 anime series, including a CG, FMV remake of the 1972 anime opening. 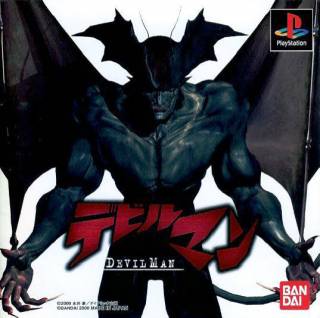