Journey back to the bodacious 80s in this long-awaited reboot of the Double Dragon beat 'em up series.
Xbox 360 Games Store PlayStation Network (PS3)

Double Dragon Neon is a beat 'em up developed by WayForward and published by Majesco for the Xbox 360 (via Xbox Live Arcade) and PlayStation 3 (via PlayStation Network) on September 11, 2012.

A re-imagining of the Double Dragon series of beat 'em ups, the game features a strong "80's cartoon" motif (including 80's art asthetics, retro 80's music, and intentionally-cheesy 80's dialogue) alongside the classic 2.5D gameplay. Up to two players (locally) can play as either one of the Lee brothers (Billy or Jimmy) as they are on a mission to rescue Billy's girlfriend, Marian, from the local Skullmageddon gang.

The game was later ported by Abstraction (and published by Midnight City) for the PC (via Steam) on February 6, 2014, adding online co-operative multiplayer.

The basics of Double Dragon combat remain as they player is still able to alternate between jumping, grappling, kicking and punching. They will also have the ability to pick up objects and use them as a weapon as in previous installments. Combat consists of punch, kick, magic, and dodge. On a successful dodge, players have x2 damage for a short amount of time.

The player will be able to modify techniques by purchasing different songs from a shops located throughout the game or dropped from enemies. Players then use mythril collected from bosses to increase the available levels for their mixtapes. Mixtapes come in a passive style, and magic ability style, with only one of each available to be equipped at a time. They can also be upgraded by finding multiple tapes of the same song. The number of tapes of each song can be upgraded by bringing Mithril to a viking blacksmith. Mithril is acquired by defeating bosses.

In "Bro-Op" mode, or 2 player co-op, players can share health, steal health, or provide x2 damage by pressing a direction on the right stick on the controller. Which ability is given is decided by the direction pressed by the player initiating the high-five.

From the level select screen you can enter the following to change your main characters from their default skin to robotic costumes:

On either system you will hear a chime to inform you that the code has been used correctly. Note that the buttons must be pressed AT THE SAME TIME. You may need two people.

The original soundtrack for the game is available for free from the artist here. 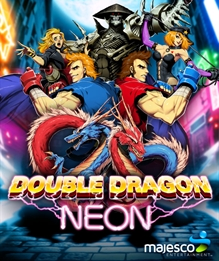