An interactive supernatural thriller from the studio behind Heavy Rain and Indigo Prophecy. It tells the story of Jodie Holmes, a girl with mysterious psychokinetic abilities.
PlayStation 3 PlayStation Network (PS3)

Beyond: Two Souls is a supernatural thriller adventure game developed by Quantic Dream and published by Sony for the PlayStation 3 in North America (on October 8, 2013), Europe (on October 9, 2013), and Japan (on October 17, 2013).

An "interactive drama" in similar vein to the studio's earlier game Heavy Rain, the game follows Jodie Holmes, a girl with mysterious psychokinetic abilities (controlled by her "invisible friend" that she names Aiden). As Jodie, players explore her surroundings (in a third-person perspective), converse with timed dialogue trees, and use specific button/joystick/tilt prompts for actions (including quick time events for higher-intensity sequences). In addition, players can switch to the incorporeal Aiden, who can move in first-person through walls, ceilings, and objects and can perform numerous interactions (such as knocking objects around and possessing people).

The game's story is presented in a nonlinear narrative, switching between numerous events throughout Jodie's childhood, adolescence, and early adulthood (with her older self voiced by Elliot Page). As the story progresses, more information about Jodie and Aiden are revealed (including her troubled early life, her time as a Central Intelligence Agency operative, and her time as a fugitive). Other central characters in the story include Nathan Dawkins (a researcher of the Department of Paranormal Activity, voiced by Willem Dafoe), Cole Freeman (an assistant of Nathan, voiced by Kadeem Hardison), and Ryan Clayton (a fellow CIA operative, voiced by Eric Winter). 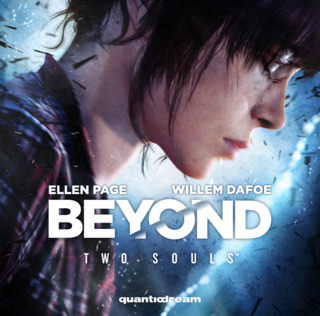