A Famicom sci-fi adventure game developed by Squaresoft and released in 1986.

The game functions similarly to previous Famicom adventure games like Portopia and Dead Zone (with which it also shares similar sci-fi themes): The player selects what they wish their character to do by using an interface comprised of symbols that represent actions (an eye for "look around", a mouth for "talk to", etc.). The goal of the game is to find the perpetrator behind a series of kidnappings, which is linked in some way to a crystal orb of unimaginable power. Crystal orbs would become a recurring theme in Square's later output, specifically Final Fantasy.

The various characters were designed by an animation studio, Nippon Sunrise, which Square contracted to do graphical work with the game. At various points in the game the player can talk or listen to these characters, most of which animate as they speak. 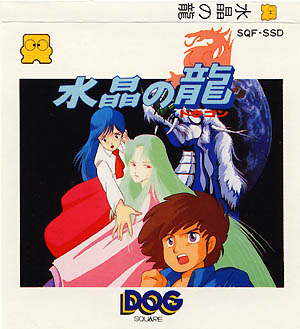