The second game in the Deep Dungeon series, Yuushi no Monshou (lit: "Crest of the Hero") is a first-person 3D dungeon crawler RPG in the mold of Wizardry or Dungeon Master. Such games were popular in Japan on home computers in the 80s, though the Deep Dungeon games were the first of their type on the Famicom Disk System (the disk-based peripheral for the Famicom).

The goal of the game is to reach the end of the dungeon with the hero, defeating all manner of monsters and finding treasure along the way. In that respect, very little has changed from the original Deep Dungeon. However, one notable difference is that there are two dungeons instead of one: A four-level castle (the easier of the two) and a four-level dungeon. Defeating the tower is necessary for defeating the dungeon, largely because of how difficult the monsters become.

The player can also visit the temple and shop in town. The former will replenish health and heal poison, while the latter provides various weapons and items for the hero to use. 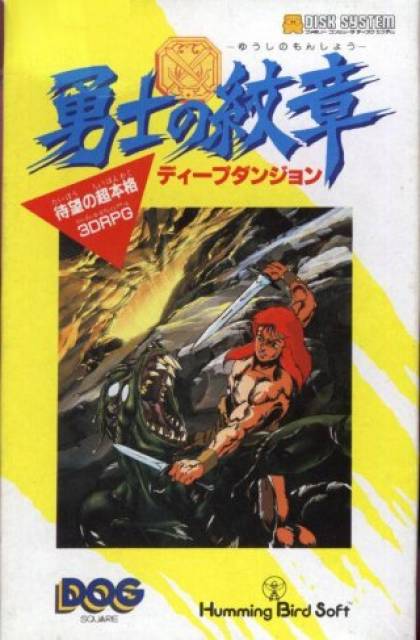