A graphic adventure/RPG for the Famicom Disk System developed by Square. The goal is to track down Cleopatra's cursed treasure while saving the main character's archeologist father.

Cleopatra no Ma Takara ("Cleopatra's Cursed/Magical Treasure", sometimes Cleopatra no Mahou) is notable for being one of Square's earliest RPGs, featuring music by long-time Squaresoft composer Nobuo Uematsu. The game is partly a graphic/text adventure game of the type that were popular in Japan on NES and home computers at the time, such as Portopia or Ohotsuku no Kiyu, and part RPG with its turn-based battles in the Dragon Quest mold.

Players move around Cairo and other Egyptian locations such as a tomb and a tower in a front-person view. Players can talk to people, gather clues, rest at inns and purchase new weapons and armor. Unlike most RPGs, the player character does not get stronger from leveling up; they simply gain more hit points. Stats like attack and defense (which are inexplicably hidden from the player) are determined entirely by the equipment worn. 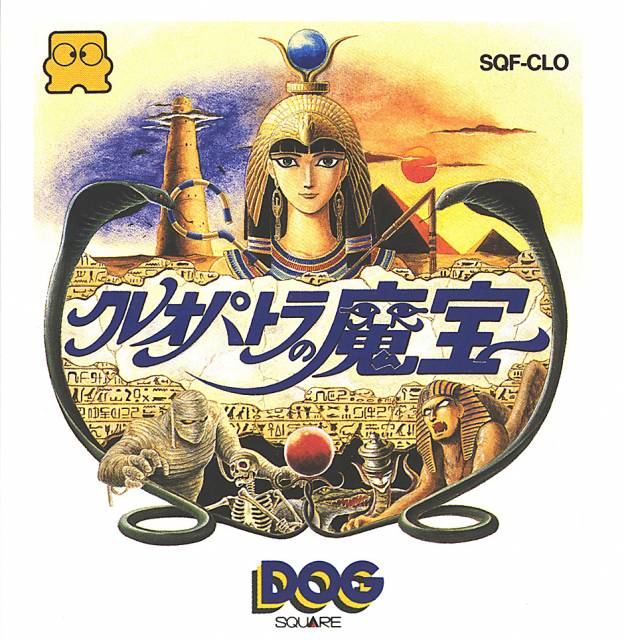