A digital download and disc based video game based on the Baltimore based anime convention, Otakon.

As of June 30, 2014, Otakorp has terminated their agreement with Studio Nasu who was developing Crisis Heart Brawlers: Clash at Otakon: http://otakon.com/videogame.asp 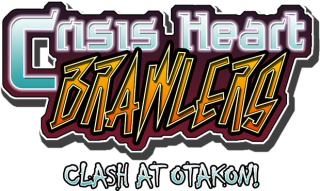