Lunacy is a graphic adventure video game developed by System Sacom and published by Sega for the Saturn in 1997. The game was known as Torico in Japan and it's original Japanese title was Gekka Mugentan Torico.

Lunacy is first person adventure game similar to Cyan World's Myst. It features a simple interface requiring little input from the player and is filled with challenging and complex puzzles. Each action made by the player starts a pre-scripted FMV sequence, whether it be picking up items, interacting with other characters or moving about the game world.

Lunacy tells the story of a mysterious city where all your dreams come true. Fred, the main character, bear's the mark of the city's visitor (a crescent shaped tattoo on the back of his head) and he has no memory of the past. You'll wind up locked up in a jail cell in the City of Mists, ruled by a Lord Gordon who is obsessed with finding the magical city. He condemns you to death, but offers to spare your life if you can find the entrance to the hidden city.

Although not a hit, Lunacy did become a critic's darling in some parts of the world. The game was largely praised for it's high quality voice work, it's beautiful graphics and art style and it's mystical atmosphere.

Enemy Zero D The Witch of Salzburg: Salzburg no Majo Shadow of Destiny 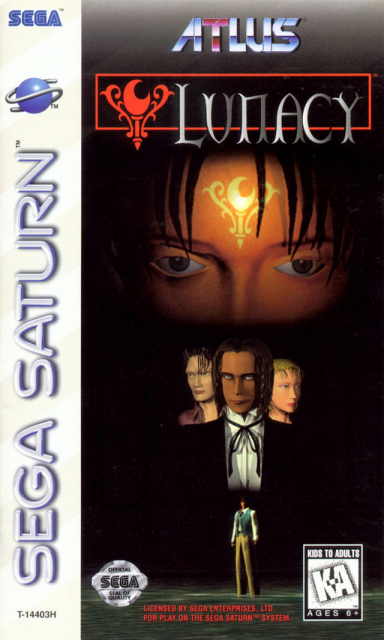