The demon warlord Nausizz returns to Belkana and its up to three brave warriors to slash through his forces in this Japan-exclusive Neo Geo CD sequel to the original 1991 Crossed Swords.

Crossed Swords II is a high fantasy over-the-shoulder action RPG developed and released by ADK for the Neo Geo CD exclusively in Japan on May 2, 1995.

One of the three dedicated games developed exclusively for the console (along with Choutetsu Burikingah: BRIKIN'GER and Oshidashi Jintorikku), Crossed Swords II builds upon the gameplay of its predecessor by adding three playable characters (each with their own unique stats) and a special "Arena" mode (where players duel monsters of different strengths).

Despite being released exclusively in Japan, the game displays English translation when played in non-Japanese consoles (similar to most other Neo Geo CD games). 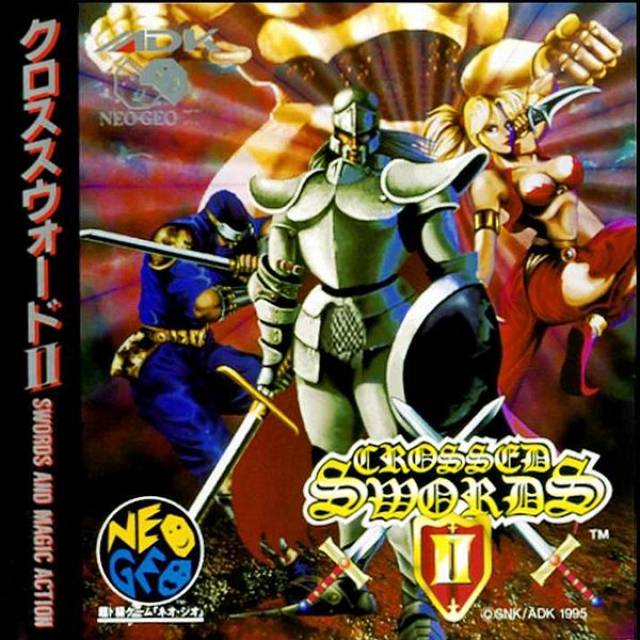