"The absolute best way to teach your child about fractions!"

On August 2nd, 2020 the game was released for free on Steam.

In the game players take control of a frog who loves fractions. As players progress through the game they are offered the chance to purchase several upgrades that will enhance their insect catching skills and allow them to progress to further stages of the game. Many surprise moments occur throughout the game, taking forms such as complete genre changes and references to popular television shows. 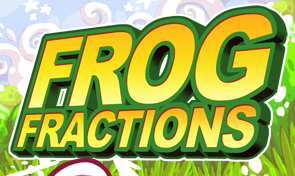