Gunhound is a side-scrolling mecha shooter developed by Dracue for the PC in 2009. It was ported to the PSP by G.rev in 2013 as Gunhound EX.

Gunhound EX was released on PC in English by Playism on May 1st, 2014. The game is available both on Playism and on Steam.

Humanity has discovered a new powerful energy source, neutron polymer. It becomes integral to the expanse of modern society and thus forms and dismantles many national alliances. A civil war is being fought in a small southeast Asian nation and due to its large deposits of neutron polymer all nations are joining in the conflict. 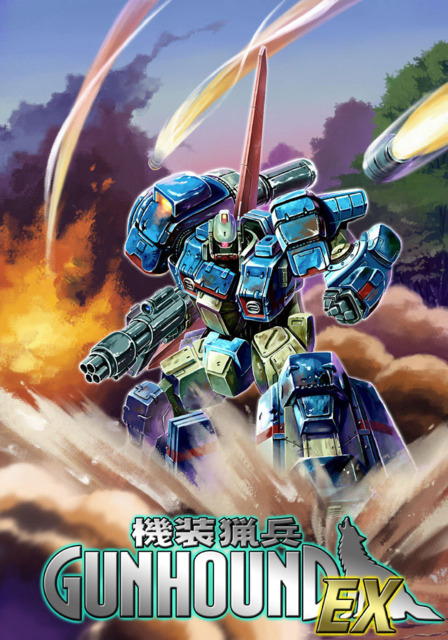