Reviver: The Real-Time Adventure is an adventure game designed by Katsunori Yoshimura and released by Arsys Software in July 1987. It featured the concept of a real-time persistent world.

Reviver: The Real-Time Adventure, also known as Reviver (リバイバ), is an adventure game designed by Katsunori Yoshimura and released by Arsys Software in July 1987, for Japanese PC platforms such as the PC-88. The sub-title, The Real-Time Adventure, is a reference to the game's real-time, persistent, open world, where time continues to elapse, day-night cycles adjust the brightness of the screen to indicate the time of day, and certain stores and non-player characters would only be available at certain times of the day. The game also gives players direct control over the player character. The game also features a fantasy story, full-colour 2D overhead scrolling graphics, and RPG elements. It won the 1987 Game of the Year award from Japanese gaming magazine Oh!X. 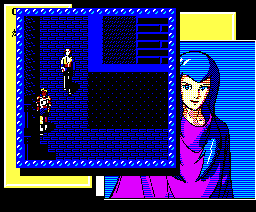