Murdered: Soul Suspect is an adventure game by Airtight Games, makers of Dark Void. It was released on PC, PlayStation 3, Xbox 360, PlayStation 4, and Xbox One on June 3, 2014.

The player controls Ronan O’Connor, a detective who is murdered by an unknown enemy. Now as a ghost, O'Connor must use his supernatural abilities to solve his own murder and finally bring his soul peace.

In present-day Salem, a serial killer known as the Bell Killer begins murdering seemingly unconnected victims. Police Detective Ronan O'Connor is able to track down the Bell Killer, but is thrown out of a window and shot to death during a fight. He returns in the form of a ghost and learns that in order to reach the afterlife and meet his wife Julia, he must first discover the identity of his killer. With the help of Abigail, the ghost of a Puritan child, Ronan is able to use his ghostly abilities to return to the fight scene and discovers that a medium named Joy witnessed the fight, and is now hiding in a church.

Joy is in search of her missing mother Cassandra, who was consulting with the police on the Bell Killer case and initially refuses to help Ronan. He travels to the police station where she is being held, helping her escape so as she can help him interact with the physical world and track down his killer. While leading Joy out of the station, Ronan discovers that Baxter, a hostile fellow officer, was the one working with Cassandra. Cassandra's research leads the pair to the Salem graveyard to investigate a possible Bell Killer victim. After pursuing the ghost of the young drowned girl, Sophia, Ronan's ghostly powers allow him to view flashbacks of the murder. Sophia reveals that the Bell Killer asked her about a 'contract.'

A review of Cassandra's research leads the pair to a mental hospital to find the Bell Killer's surviving victim, Iris. Infiltrating the facility, they learn Iris possesses the same ability to see ghosts and realize the Bell Killer is killing psychic mediums. It is revealed that Iris is possessed by the spirit of her sister, Rose, whom the Bell Killer burned alive after she helped Iris escape. Rose, Iris, and Joy return to the church. Meanwhile, Ronan investigates a museum exhibit about the Salem witch hunts. There, he deduces that the Bell Killer is executing his victims as if they are witches; psychic flashbacks reveal that Baxter suspiciously concealed evidence at the museum about the Bell Killer. Believing Baxter is the Bell Killer, Ronan leaves the museum and notices several police cars heading toward the church.

Once there, Ronan learns that the Bell Killer attacked the building, crushing Iris to death, and slaughtering several people who stood in his way. Although Joy is safe, she is re-arrested and taken away by Ronan's brother-in-law Rex, the lead detective on the Bell Killer case. Investigating the church, Ronan realizes that the Bell Killer is hiding in the derelict Judgment House. There, Ronan discovers evidence of the Bell Killer's activities and clues implying that the killings have been occurring for hundreds of years.

Ronan discovers Baxter's corpse. Baxter's ghost reveals he was murdered by the Bell Killer while secretly still investigating the case following his demotion. He also clarifies that he'd been working with Cassandra and she's still alive. In the basement, flashbacks reveal that Abigail had been imprisoned there before she was hanged. Her execution came as punishment for accusing several innocent people of witchcraft, resulting in their deaths. In anger, Abigail drew a bell symbol on the floor, swearing that she will never stop until the bell tolls for all of the witches in Salem. She believed they made a contract with demons to gain inhuman powers.

Following the evidence, Ronan returns to the museum to discover that Rex is the Bell Killer, having been possessed by Abigail. As he prepares to hang Joy, Ronan manages to force Abigail's spirit out of Rex, and the pair battle by inflicting painful memories on each other. These memories reveal that Abigail has possessed many people to carry out the Bell Killer murders before killing the possessed themselves. Among the possessed are Baxter, who she used to kill Rose, and Ronan, who killed Sophia.

Abigail summons a portal of demons to swallow Ronan. He escapes its pull and forces Abigail in. She submerges, and the portal fades.

Joy is saved and later reunites with her mother. Rex remains unaware of the crimes committed using his body. In the aftermath, Ronan hears Julia calling him and turns toward her voice.

The game was revealed via a cryptic ARG, leading recipients of certain PR e-mails to a teaser site that required the entry of the password "Roman", leading to a download of an image showing a crime scene. The teaser site also revealed PS3, Xbox 360 and PC as the targeted platforms, while PS4 and Xbox One versions were announced later. 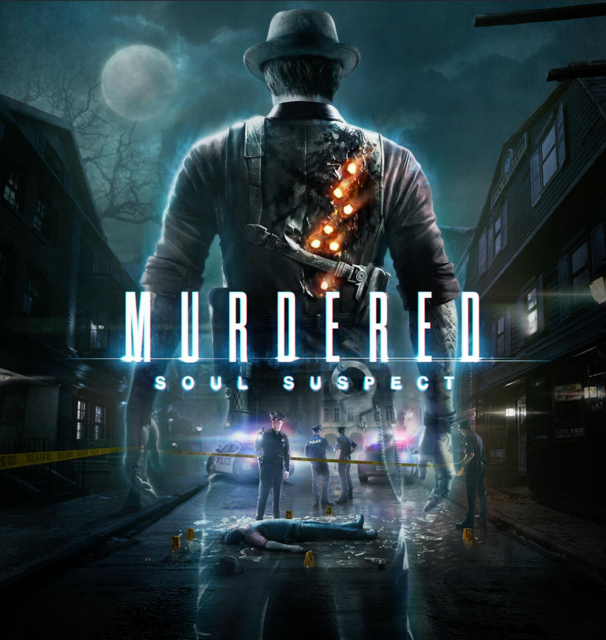