Silva Saga II: The Legend of Light and Darkness

A fantasy turn-based RPG sequel developed by Seta for the Super Famicom which allows for multiple parties. It is the third game in the Minelvaton Saga.

Silva Saga II: The Legend of Light and Darkness is a turn-based RPG from SETA Corporation and the sequel to their Famicom RPG Silva Saga, which in turn was a sequel to their earlier Minelvaton Saga also for Famicom. The three games constitute a trilogy set in the same world (Minelvaton), and each successive game has allowed the player to revisit the same locations. Silva Saga II starts just before Silva Saga concluded, following the adventures of an amnesiac swordsman who sets out to rescue the first game's protagonist Kyral from the villainous Zolde.

Silva Saga II plays similarly to the Dragon Quest games, putting large enemy sprites front and center in its turn-based combat. A difference is the game's party feature: The player can have up to three parties with him at any given time, one filled with story characters, one with NPC mercenaries who lack magic but are very strong and idol deities which lack strength and HP but have powerful magic. Neither of the latter two parties are under the player's control, though switching out the party at critical intervals can greatly assist with some of the game's tougher battles.

The game was never released outside of Japan nor officially localized into English, though there is a fan translation from group Dynamic-Designs. 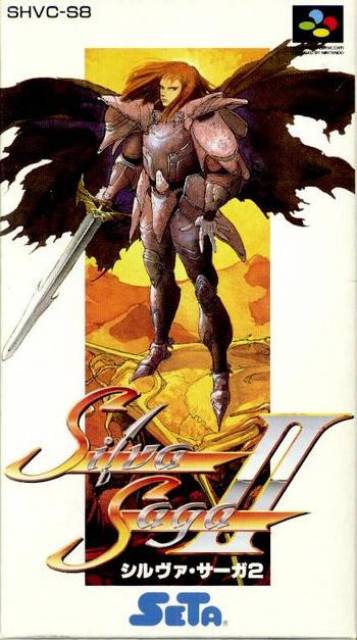