Sword of the Stars: The Pit

Sword of the Stars: The Pit is a turn-based RPG in the tradition of Rogue and other old school dungeon-crawling games. Players take control of one of three characters and descend through 30 procedurally-generated levels to find the cure for a deadly plague.

Sword of the Stars: The Pit is a turn-based roguelike RPG, spun off from the Sword of the Stars series of strategy games. The base game contains three playable character classes, each character has a different set of statistics, skills, and starting inventory. The statistics and skills dictate how well the character is able to carry out a wide variety of actions in the game - from fighting monsters, to repairing equipment, to lock-picking.

These actions take time, which is measured in "Moments". As Moments pass in the game the character will become progressively hungrier.

The story follows three characters, one of whom must venture into a large alien facility, called 'The Pit', in order to search for the cure to a deadly plague. It has been rumored that a cure lies at the bottom of The Pit.

A good starting character. While not great at scavenging for items, picking locks, or opening damaged storage lockers compared to the other characters.

Travis Hudson was honorably discharged after the second battle of Mjolnir. He chose to retire on the rough frontier world of Arbuda IV. While building his cabin in the Feldspar Mountains, he met and fell in love with Tamiko Hoshinara, a beautiful young scientist. As a former marine, Hudson has a high might and average finesse, but he might be a few marbles short in the brains department. His combat skills are still sharp.

Tougher than the Scout, but not as tough as the Marine. The Engineer is more adept at cracking open things that are locked like computer terminals, food freezers, etc. While not bad in a fight, pick your battles carefully.

Temba Mbale is a ground forces engineer assigned to help build colonial infrastructure on Arbuda IV. He is very good with tech, and excels at crafting, computers, and electronics. He has high brains and good finesse, but low might, which will limit how much equipment and loot he can carry.

The scout is fast to make up for not being as tough as the others. Getting good armor on her is a priority and always think twice before getting her into a scrap. Avoid trouble as much as you can and in return her scavenging skills will help get her better equipped and fed faster than the other two.

Toshiko Hoshinara is a pilot in the Sol Force Scout Corps. Her twin sister Tamiko disappeared while doing classified research on Arbuda IV. As a trained scout Toshiko is fast, has high finesse, good brains, and average might. She has light combat skills, and some basic training in tech and medical.

As a turn-based game, The Pit is measured in Moments. Moments are a set increment of time that passes as you carry out your actions. Walk two steps and a moment will pass. Step into a trap that slows you down, and now you can't walk as far in a moment.

Once you have done everything you can within your turn, the game will then move the rest of the world around you, bringing monsters closer, or have a nearby monster attack you, or perhaps even have an injured monster flee from you.

Some actions will take more Moments than you can carry out in a single turn. This means they will carry over automatically into your next turn. For example, you start to pick the lock of a door. You get a third of the way through picking that lock when your turn is up - the world moves around you, and you pick some more to complete more of the task.

This means that tasks like picking locks, prying open freezers, and hacking security terminals should only be done when you think you are safe. If you start a task and a monster attacks you, they will get a crack at hurting you and interrupting your task.

Dictates the strength and resilience of the player. It increases the size of your Inventory, your resistance to poisons, your ability to avoid getting grabbed, and the amount of food you can eat to avoid starvation.

Dictates the coordination of the player. While it mostly acts on the associated skills, it does help counter certain conditions such as blindess.

Dictates the smarts of the player. While it mostly acts on associated skills--particularly those involved in hacking and repairing machines - it does help counter certain conditions, such as confusion.

Throughout the game you will discover a variety of crafting units, each one able to help you turn various found items into more complex and useful items. No recipes are provided at the start of the game, and it is up to the player to discover them as they play. Recipes are recorded in the SOTSDEX for future games.

Most of the time you will find Cookers and Lab Stations in various rooms, and with luck they will be in repairable or working order. There are some items that can act as porting crafting units however that will give you a chance to create items on floors where stations are scarce.

Recipes can either be found through experimentation, or by decrypting messages left on damaged computer terminals that can be found in the pit. However, if an attempt to combine items fails, then all items that were used will be destroyed. 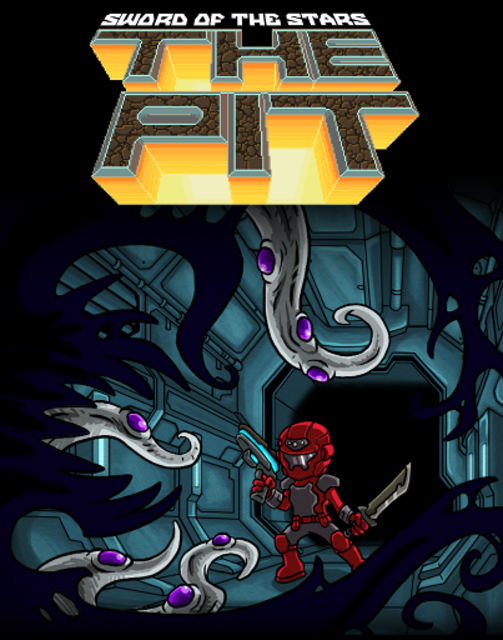