The game credited with creating the "Ninja out of Water" scenario. It was the first known game to use the wall-to-wall jump mechanic.

Alex Kidd in Shinobi World is a side-scrolling platformer game with a ninja theme, with Sega transplanting their erstwhile mascot in their Shinobi world of masked assassins. The gameplay is a crossover hybrid of Alex Kidd and Shinobi. In particular, it is an Alex Kidd style parody of the original Shinobi.

It was the final game to feature Alex Kidd in a starring role, though he would continue to appear in Sega properties in various cameo roles. The game was developed in Japan but would not be released there: Sega had ceased production of the Sega Master System console in their native land in favor of the Sega Mega Drive (Genesis). Instead, the game was localized for international audiences.

Alex Kidd was having the time of his life, spending a lovely afternoon with his girlfriend on the planet Shinobi. Suddenly the sky was covered with grey clouds and after a flash of lighting a dark figure descended. This figure then grabbed Alex Kidd's girlfriend and then disappeared into thin air.

Before Alex Kidd could figure out what happened, there was another flash of lighting. This time a White Ninja appeared before him. Alex Kidd looked up as the White Ninja spoke.

"The wicked Dark Ninja, whom I banished ten thousand years ago, has returned. He took your girlfriend hostage, in hope of taking control of the Miracle World. I have come to give you my special Ninja Power. Use it wisely to exterminate the Dark Ninja!"

The White Ninja threw a glowing white ball to Alex Kidd and disappeared. The ball filled Alex Kidd with an immense amount of strength and courage. With this Alex Kidd is ready to defeat the Dark Ninja and save his girlfriend.

Alex Kidd in Shinobi World's most original gameplay mechanic is the wall-to-wall jump, which it was the first known game to use. Building on the basic wall jump in the Sega Master System version of Rastan, Alex Kidd in Shinobi allowed Alex Kidd to jump between walls, as a way of climbing up levels. It required precise timing, adding an element of challenge to the game. This mechanic would later be used in the Sega Master System version of Ninja Gaiden, Super Mario 64, and the 3D Ninja Gaiden titles, among other games.

In an early preview, the August 1990 issue of Computer & Video Games magazine referred to the game as a parody of Shinobi.

Alex Kidd in Shinobi World was critically acclaimed upon release, with an average aggregate score of 85% from Sega Retro, based on ten reviews. Computer and Video Games magazine gave the game a score of 92% in its September 1990 issue. The reviewer Robert Swan stated that the "game is brill" and a "combination of Alex Kidd in Miracle World and Shinobi" that "works really well." He praised the playability that "becomes progressively more difficult as you go along," and concluded that it is a "great game" overall.[2] In 1991, "The Complete Guide to Sega" issue of Computer and Video Games gave it a 90% score, describing the game as "probably the best in the Alex series so far" and "a hilarious mixture of Alex Kidd and Shinobi." They stated it is "a platform chop-socky game" with "top-notch" graphics and "excellent" sound, including "cutesy version of the Shinobi title music!" They concluded that it is "Dead funny" and "playable as heck," recommending readers to "grab hold of at the first opportunity!"

Sega Pro magazine gave the game a score of 88% in its inaugural November 1991 issue, describing it as a "huge game" with "so much to do that addiction is guaranteed." They stated that it is a "one-player only game but with something this good you wouldn't want anyone else to intrude" and concluded that it is "Great fun." The October 1992 issue of Mean Machines Sega gave it an 88% score, stating that it is the "latest and greatest Kidd game." They described it as "a parody of the Shinobi landscape" and concluded it to be a "a humorous and very playable cart" that is "Recommended." 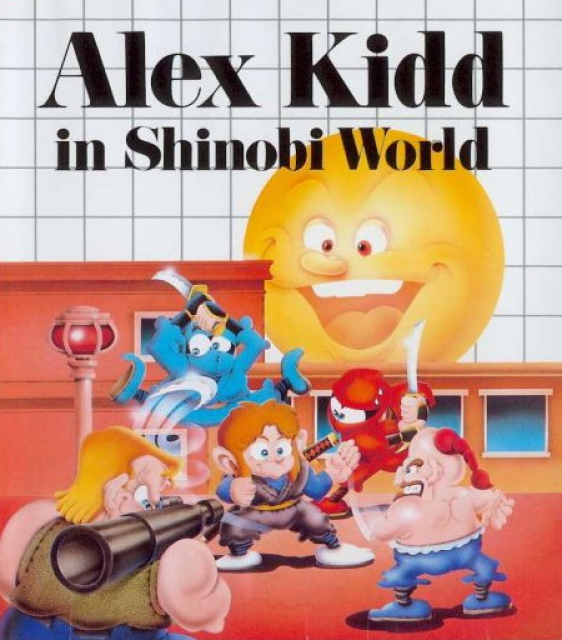