A remastered and expanded version of the 2006 game "Shady's Poopong", developed for the 20th anniversary of the character "Shady".

Shady's Poopong: 20th Anniversary Edition is a Pong-esque tennis game, using feces as the paddles against a toilet background. CC & SH mascot Shady's head provides the "ball" to hit back and forth.

After clearing all of the challenges a final challenge, Boss Rush, appears.

Shady's Poopong: 20th Anniversary Edition was released at midnight PST on December 31, 2013, available on CD-ROM from CC & SH's partner store. The game was released later digitally on itch.io on October 17, 2015. 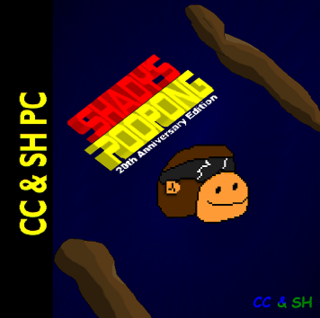