A "genealogical rouge-lite" that combines elements from "Metroidvania" platformers and roguelike games. Explore the ever-shifting rooms of Castle Hamson as a lineage of knights, with each ancestor's death potentially improving their offspring's chance for success!

Rogue Legacy is a 2D indie medieval-fantasy action-adventure platformer developed and published digitally by Cellar Door for the PC on June 27, 2013. It received Mac and Linux support on October 15, 2013, was ported to the PlayStation 3, PlayStation 4, and PlayStation Vita (all released via PlayStation Network) on July 29, 2014, and was ported to the Xbox One (with assistance by Abstraction) on May 27, 2015.

Combining elements of Metroidvania and roguelike games, Rogue Legacy has players exploring the procedurally-generated Castle Hamson as a valiant knight in order to level up and defeat the four bosses scattered throughout. In a twist on the perma-death mechanic, each death causes the player to proceed through their knight's lineage with a choice of one of three randomized descendents (each with their own class, gender, and "special" traits, such as gigantism, color-blindness, or Irritable Bowel Syndrome).

While the castle is procedurally re-generated for each heir (unless it's "locked down" by the Architect for a fee), the descendent can spend the gold coins collected by their predecessor to upgrade their camp and unlock new upgrades (such as additional character classes, gear, and modified abilities). However, the castle's gatekeeper Charon takes most (if not all) of the heir's leftover gold as a fee for entering the castle.

Note: All values are listed as a percentage of the base stats (Knight / Paladin).

Castle Hamson is the first area the player enters with each character, and is connected to the other three areas. It also contains the door leading to the final boss as the player enters. The area's boss is Khidr.

The Forest is to the far right of the Castle, and is the third most difficult area. It is the only exterior area of the four, but it is segmented into 'rooms' just like the others. The area's boss is Alexander.

The Maya is above the Castle, and is the second most difficult area. It looks like a run-down version of Castle Hamson. The area's boss is Ponce de Leon.

The Darkness, situated below the Castle, is the most difficult area. As the name implies, it is dark, except for a small sphere of light surrounding the player. However, the room's contents can still be seen dimly. The area's boss is Herodotus. 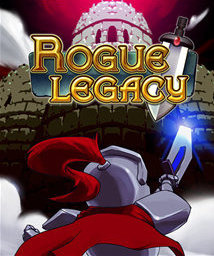