Magicka: Wizards of the Square Tablet

Magicka: Wizards of the Square Tablet is a 2.5D action-adventure game developed by Ludosity and published by Paradox for iOS and Android tablets on March 28, 2013.

A mobile spin-off of Arrowhead's 2011 action-adventure game Magicka, Wizards of the Square Tablet simplifies the dynamic spellcasting experience for use on larger touch-enabled devices (such as setting the game on a beat-em-up style plane, reducing the amount of spell types, and shorter level length). The game supports cross-platform multiplayer for up to four Wizards and optional microtransactions ("Crowns", which is also earned through normal gameplay and can be used to purchase robes, staffs, and items).

The game was later released for the PC (via Steam) on October 31, 2013. In addition to cross-platform multiplayer with the mobile versions (one of the earliest examples of its type), this version unlocks all robes and staffs from the start (which is also applied to the mobile version connected to the account), supports mouse-and-keyboard controls, and includes Steam achievements and leaderboards. 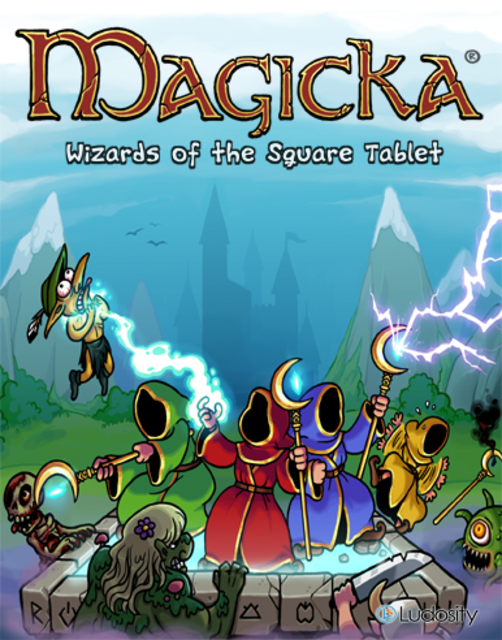