A sequel to the doujin fighting game Akatsuki Blitzkampf, set ten years after. It features a new protagonist and a variety of new gameplay mechanics.

EN-Eins Perfektewelt (also known as EN-Eins Kanzen Sekai) is a 2D fighting game developed by Subtle Style (along with Rutubo Game Works) and released by Subtle Style for arcades (running SYSTEM BOARD Y 2 hardware) exclusively in Japan on June 25, 2010. It was later ported to PC-based Taito Type X² arcade hardware, released digitally via NESiCAxLive on February 22, 2012.

It is a sequel to the doujin fighting game Akatsuki Blitzkampf, set ten years after Murakumo's defeat at the hands of Akatsuki. It involves a string of chaotic terrorist attacks by an organization known as the "New Orders of Knights Templar". The main protagonist is EN-Eins, a supernatural teenager who is the sole survivor of a military experiment to clone an unnamed god.

Playing similar to the previous game, EN-Eins Perfektewelt adds a fourth button used as a shortcut for the "Reflector" technique. This button can also be used in-combination with the Weak+Medium attack buttons to enter a temporary "Perfektewelt" state, which can only be used once per round to boost the player's attack power, recover health, and attempt an Instant Kill technique ("Perfekte Finish"). The game also introduces dash attacks, double jumping, chain combos, neutral blocking (where players do not need to hold the joystick backward to block, similar to the Tekken series), and a unique gameplay mechanic where the player gains slightly more attack power by having more of their Special Attack gauge filled. 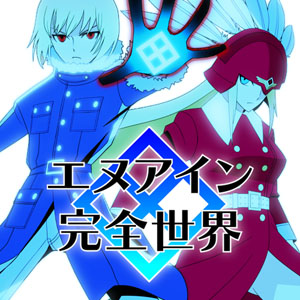