A demon overlord who's soul is bound to a book tries to restore his lost powers in this comedy JRPG.
PlayStation 2

In Makai Kingdom: Chronicles of the Sacred Tome you play as a Lord Zetta a self proclaimed "badass freakin' overlord", who gets destroyed when his netherworld blows up.

The way Lord Zetta escapes being killed is sealing his soul inside the Sacred Tome. After Zetta's friends make jokes about how he is looking quite literary these days they help him restore his netherworld.

It was told to him that if he restores his netherworld he will get his body back. So through the course of the game Zetta's friends write in the tome that they want to make a netherworld for Zetta.

Then you have to go conquer that netherworld, but "How?" you ask, Zetta is just a book and can't even hold a sword let alone move. That's where the army creation aspect comes in.

In Makai Kingdom you can raise an army to take over the Netherworld. You only start with basic units like fighter, healer, and magic user, but that then turns into samurai, chef, scientist, you name it.

Lord Zetta the most badass freaking overlord in the entire world.

Pram is the youngest of all overlords in the cosmos. She managed to take over her father's Netherworld when she was only two years old.

what has gained her respect with the other overlords is her ability to see the future and being extremely powerful to boot. Later in the game

its shown that she can't really see the future, but she just reads ahead the Sacred Tome.

She is voiced by Kaori Mizuhashi.

A mysterious young girl who seems to know more about what's going on than she lets on.

Dark Lord Valvoga is actually three different Overlords in one.

Micky the Demon General in the top, while micky is suppose to be the one in charge he often gets bulled into doing by his other two parts.

Ophelia the Fallen Angel in the middle, she is the smart one of the valvoga body manipulating micky to do her will but when some else tries

to manipulate micky she gets pissed off.

Dryzen the Star Dragon on the bottom, dryzen bullies around Micky because it's fun to him.

Dryzen is massive, insane dragon skull with his most common statement tends to be little more than "Kill!

Valvoga is often summoned to be the "last boss" in various other video games.

Dragon Overlord Babylon is the oldest of all overlords, he is also the smartest of all overlords.He used to have near limitless mana power when he was younger, but he lost it all after he was cursed by a mysterious being known only as "The One". The strain of resisting the curse left him a shell of his former self. He slowly wasted away over millenniums, eventually becoming senile, forgetful, and half-blind. He does command some degree of respect from the other Overlords, even Zetta.

Alex has attempted to take over Zetta's Netherworld hundreds of times, and employed over a thousand assassins, but have yet succeeded. While Zetta considers this proof that he won, Alex claims that the fact that Zetta hasn't taken over his Netherworld is proof that the battle's been a draw, and that he can still kill off Zetta at any time. Even with Zetta being trapped in a book and his Netherworld destroyed, Alex continues to try and kill Zetta, in an attempt to claim the title of Strongest Overlord

Salome is Zetta's former apprentice and former lover who gave up her humanity to live in the Netherworld.

King Drake the Third is the most charismatic of all the Overlords, but he is a weakling and a coward.

He holds a grudge against pram for taking over his netherworld.

Seedle is a samurai who died when to hell and kicked everyone in hell ass to become the overlord of hell. 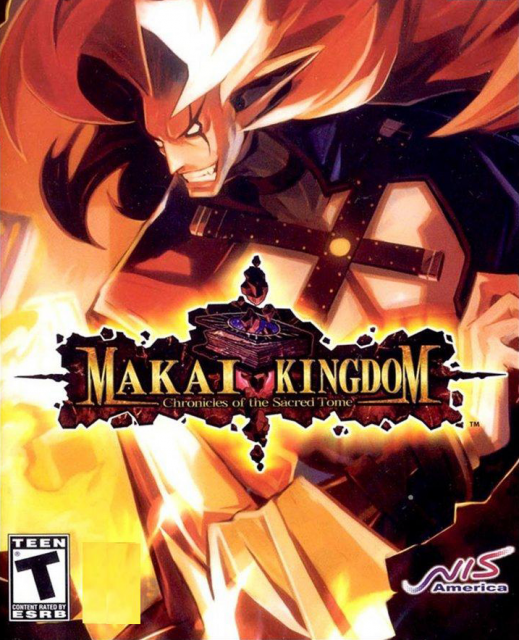