The direct sequel to Daikaijuu Monogatari for the Super Famicom.

The player is once again embodying the Fire Shell Hero, a legendary champion of the friendly shell monsters, who is summoned to help the shell monsters defeat the evil sorcerer Dark. Dark has managed to locate six of the eggs of the Demon King, who was defeated in the previous game, and used his magics to hatch all six into formidable monster generals. He plans to use these monster generals and their armies to conquer the globe.

The gameplay is similar to Dragon Quest and other turn-based RPGs. The game also includes side-quests and an empty lot of land that the player can use to build a settlement. This settlement can have shops, arenas, inns and other useful facilities, but the player is limited in space. 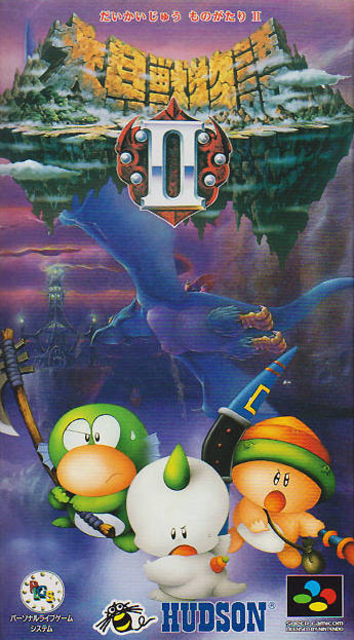