This War of Mine

A survival-strategy game set in the shadow of a devastating war, This War of Mine examines the impact of war on the civilians, not the soldiers.

Inspired by various real-world military occupations, including the siege of Sarajevo, Bosnia in the early-mid 90s, This War of Mine has players take control of a group of civilians trying to survive among the ruins of a war-torn city. The game utilises a side-on view and the characters operate from a decrepit house. The house includes a bench for crafting items and various features for taking care of character needs, which are both central focuses of the game. Players often require the appropriate items to use certain features of the house or craft items in the house, and may have to contend with a lack of access to the amenities of the house. For example, they may have to stay stocked up with fuel and food ingredients so that the oven can be used to feed the party, or they may have to deal with having more people in their party than there are beds. For characters to reach certain areas of the house players may have to direct them to break through debris blocking the way and certain caches in the house may be locked off to those without a key or lockpick. In all players must keep their characters relatively warm, emotionally healthy, free of illness, fed, and away from mortal danger.

Players must not only take into account their character's well-being when making choices but also manage time properly, in part because of the consequences of the game's day/night cycle. Players must regularly have a character or characters leave the house to find vital resources to keep the group alive and properly equipped, and using a world map may choose the places they explore and raid. Different locations vary in the potential dangers they contain and the items that can be found there, but the nature of outside dangers also changes with the time of day. During daytime snipers will take advantage of the increased visibility and fire indiscriminately at anything that moves, while at night players will have to protect themselves against bandits. If the party is kept alive for long enough, eventually a ceasefire will be declared, arguably letting the player reach a win state for the game.

The console (PS4 & Xbox One) versions of the game include new scenarios focusing on what it's like to be responsible for children during the war.

This War of Mine Isn't About Soldiers This War of Mine
I Am Alive Valiant Hearts: The Great War SOS Raw Danger Disaster Report Septentrion: Out of the Blue The Sims Fallout Shelter OPUS: Rocket of Whispers Long Gone Days Delivery from the Pain Brukel The Equinox Hunt War Hospital 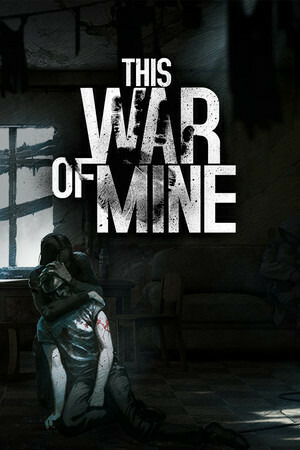