An adventure game developed by Nihon Falcom set in the Mayan city of Palenque.

Asteka (アステカ) is an early graphical adventure game that was created by Nihon Falcom for the NEC PC-88, among other Japanese computers. While exploring the Palenque ruins in southern Mexico, the player takes the role of an archeologist where they use the game's katakana text parser to interact with the world and solve puzzles. The title was technically impressive for its time due to how quickly it could load new images, similar to Falcom's Demons Ring, and for its use of digitized photographs for some of its graphics.

Asteka was most likely released on April 13, 1985 according to early advertisements, however, even Falcom contradicts itself on the title's exact publication date. Falcom's official corporate timeline on their website says Asteka was released in February 1985 while their 2017 pop-up museum, along with the Falcom Chronicle anniversary book, claims it was released on April 10, 1984. A direct sequel to Asteka was released in 1986 called Temple of the Sun: Asteka II, also known as Tombs & Treasure in North America. 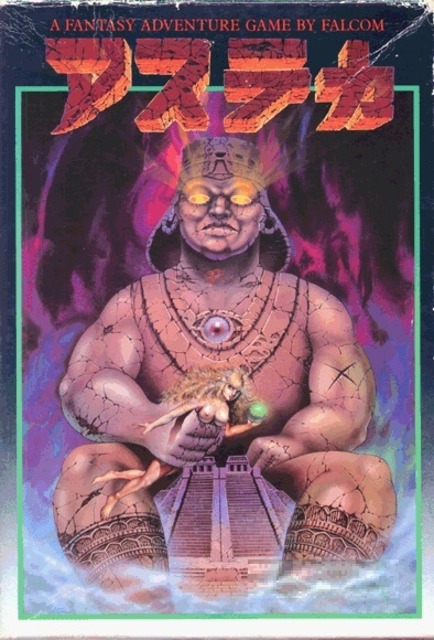