The Star Wars universe enters the fray as Disney's Infinity platform grows to include a third installment.
Xbox 360 PlayStation 3

Disney Infinity 3.0 Edition is the third and final game in the Infinity series and has a Star Wars focus. It was released on August 30, 2015. Disney has also added more Marvel characters including Hulkbuster Iron Man, along with more Disney characters.

In addition to lead developer Avalanche Software, several other studios have contributed to this game. Chief among them are Ninja Theory, who (after contributing to the combat in 2.0) revamped and created a more complex combat system and Sumo Digital, who created a new vehicle system. Other studios include United Front Games, Studio Gobo, Blind Squirrel, Panic Button, and Heavy Iron.

Early in 2016, it was announced that rather than release a new game as they had in years past, Disney would continue to iterate and add on to 3.0. However, it was later announced that year that Disney decided to cancel further development on the toys-to-life series. Disney would release five more figures and a playset for 3.0 before shutting down the series's online servers the following year.

Disney Infinity 3.0 features Star Wars characters for the first time in addition to Marvel and Disney characters. Below are all of the new characters:

Twilight of the Republic (Prequel Trilogy)

Rise Against The Empire (Original Trilogy)

Infinity 3.0 offers new playsets, that are not compatible with existing versions of the game. Playsets are specific to versions (Marvels Avengers playset will only work in 2.0 for example). For 3.0 there are three playsets currently announced.

"When Riley’s mind becomes an emotional rollercoaster, it’s up to Joy, Anger and the rest of Riley’s Emotions to overcome swamp monsters and other creatures in Imagination Land!"

The Inside Out Playset includes Joy and Anger figures.

Twilight of the Republic Playset

"Battle against evil with Anakin Skywalker and Ahsoka Tano as they fight to save the Republic."

Twilight of the Republic is included in the starter pack for Infinity 3.0 along with the portal, Anakin Skywalker, and Ashoka Tano figures. The playset takes place between Star Wars Episde II and Episode III.

Rise Against the Empire Playset

The Force Awakens playset was announced at D23 Expo, and follows a fairly truncated version of the film's events.

Marvel Battlegrounds was announced at the D23 expo and features four player multiplayer for the first time in the series in the form of a Power Stone like brawler. 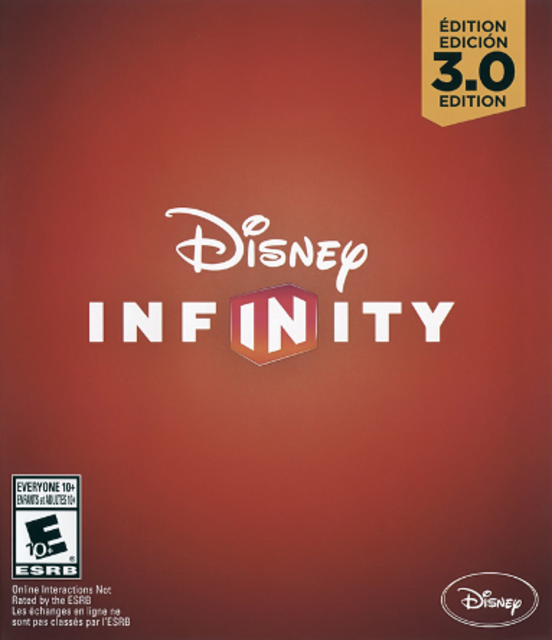