A side-scrolling barbarian-themed brawler that came out on the Amiga, Genesis and Mac.

Sword of Sodan was developed by Discovery Software on the Amiga and ported by Electronic Arts and Innerprise for the Genesis. Both versions were side-scrolling brawlers with a swords and sandals theme, but the Amiga version had better graphics, more levels, and more enemy types. The game was also ported to Macintosh System 7 in 1993 by Bethesda Softworks.

The game opens with the following text:

At the city's gates

As so foretold in ancient lore

And thus begin the quest

The game's story is about a king trying to get his throne back that has been taken by an evil wizard. At the beginning of the game the player chooses between the King's son, Brodan, or the King's daughter, Shardan. This does not change the gameplay. The character's design are heavily inspired by Golden Axe and the works of Robert E. Howard. The prince and princess will travel all over their kingdom from the city gates to zombie graveyards in their quest to take their kingdom back.

The goal is to go from left to right, killing everyone. The protagonist can jump, do horizontal and vertical strikes and crouch. There are four different kinds of strikes (horizontal, vertical, jump and a crouch strike) each are more effective against certain enemy types. However the most effective move is the crouch strike as it is the only way to hit an enemy without getting hit back.

When enemies double up from the same direction, attacks hurt the one in front but not the one behind. Enemies can go through the player character and attack from both sides. An enemy's health is portrayed right beneath them and dead enemies sometimes drop potions. There are different types of enemies found during the quest such as soldiers, giants and zombies. Each must be killed in a different way. For the giants, they need two vertical strikes at close range then when his health is down to fifty percent the player must back up and hit him again with vertical strikes. For zombies, when killed, deadly fire balls start spinning around them.

The protagonist can pick up potions during their quest. Some potions give more health and some can be combined. For example, combining four white potions allows the player to automatically skip a level. The game was also known for its violence. This game was released a couple years before Mortal Kombat and seeing blood and decapitations on-screen was relatively new at the time. 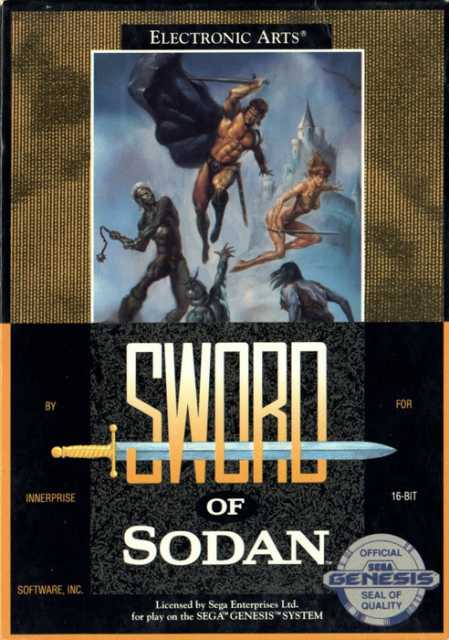