A first-person boxing game for TurboGrafx-16 that was later released on the Wii and Wii U Virtual Consoles.

Digital Champ: Battle Boxing is a boxing game that was released on the PC Engine in 1989. It remained a Japan exclusive until 2008, when it was added to the Wii's Virtual Console in all territories. It has also since been added to the Wii U's eShop.

In Digital Champ, the player must fight through a series of opponents via a first-person perspective. Two face buttons control the player's boxer's hands independently, and the player can also duck to the left or right to evade the opponent's blows. By holding down either punch button before releasing, the player can do more damage to their opponent with a stronger blow. 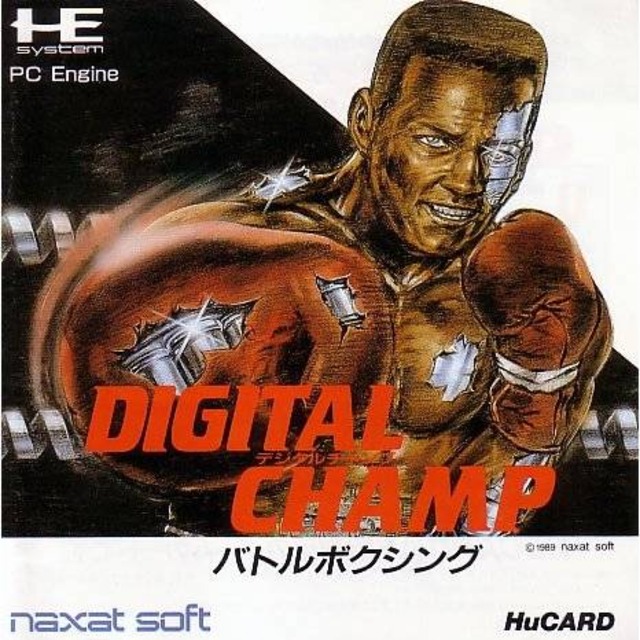