Throw bombs at pigs in this cross between hot potato and dodgeball.

Butasan (also known as Psycho Pigs U.X.B, Mr. Pig, and Pig Bombers) is an action game originally developed by NMK Co. and published by Jaleco for the arcade. 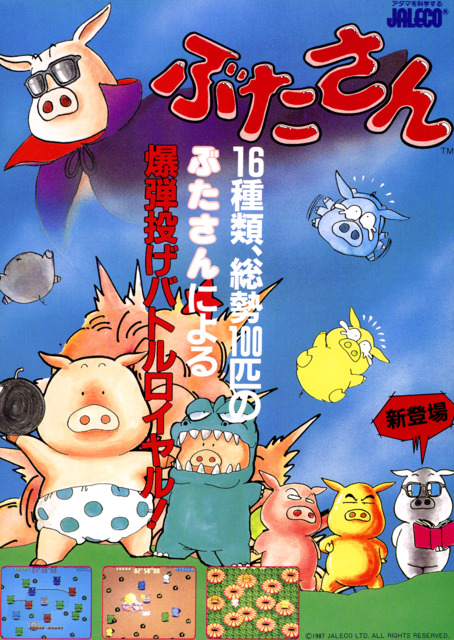