FIFA 16 marks the 23rd entry in the football franchise, bringing new features to the game like the first time players can control women players, no-touch dribbling, and a new Ultimate Team Draft. FIFA 16 bears the tagline "Play Beautiful". The game released on September 22nd in the US and September 24 in Europe.

FIFA 16 retains most of the core gameplay elements that have made the series so successful, with players controlling a team or individual on a team in a match in order to progress through friendly matches, tournaments, or seasons of play. Players can start careers as a manager or player and take existing players/managers or create their own to take to the tops of their respective leagues.

Ultimate Team is FIFA's long-term card-based game wherein players earn coins through play of matches and tournaments, those coins can in turn be cashed in for packs which hold players, boosts, and contracts for their players to stay on longer than their original assignment. Packs can also be purchased for real-world currency through the purchase of FIFA points, an in-game currency ranging from $1 for 100 points up to $100 for 12,000 points.

Packs come in three levels; Bronze, Silver, and Gold. Each level having two options to choose from; 10 cards with the chance of 1 rare or 3 rares with the latter being more expensive in the player's desired currency. Bronze packs are only purchased via the earned in-game coins, while silver and gold packs can be purchased with FIFA points.

New to Ultimate Team is the ability to draft a team from the start, giving players high level cards near immediately. This is aimed at players that don't have the time to invest in turning a mid 50's team into a 85 average powerhouse, which could take quite a while, and instead grants high level cards out of the game and allows players to go head to head online or keep it local.

EA Sports advertised enhanced presentation for FIFA 16's Ultimate Team mode, adding dynamic conversation and commentary from Alan Smith and Martin Tyler to the mix. Tyler and Smith will comment when players coordinate well and score milestone goals or reach other achievements on the player's Ultimate Team. This enhanced presentation extends to graphics and overlays throughout the mode as well. 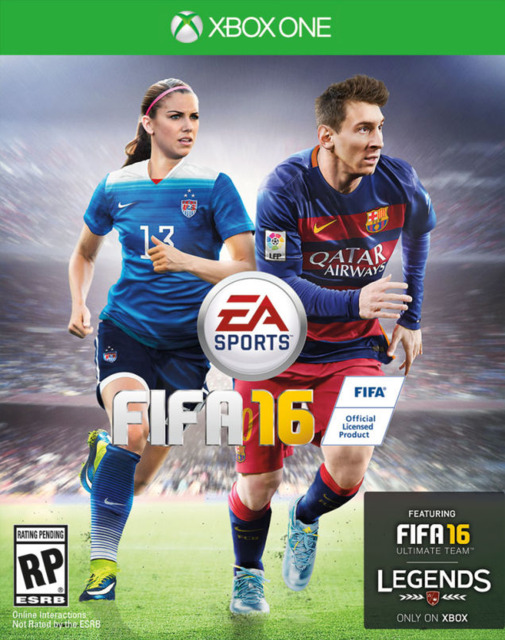