Alex Kidd in the Enchanted Castle

An action/platformer game for the Sega Genesis that marked Alex Kidd's first (and only) 16-bit outing. Alex Kidd is out to find his missing father, King Thor, somewhere on Planet Paperock.

Alex Kidd in the Enchanted Castle (JP: Alex Kidd: Tenkuu Majou) is the fifth Alex Kidd video game and the only one released on the Sega Genesis. It was one of the earliest games for Sega Genesis, and was one of the launch titles for the North American release of the system.

Alex Kidd in Enchanted Castle has found its way onto many Genesis compilations, including Sonic's Ultimate Genesis Collection and the Sega Genesis Classics collection (where it was available in Vol. 2 on Steam). It was also released on Wii Virtual Console.

Alex Kidd travels to the mystical Planet Paperock, where he hears word that his long-lost father King Thor is still alive. Along the way, Alex must use his karate skills, as well as his Scissors-Paper-Rock techniques, to vanquish his enemies on his way to the titular Enchanted Castle.

At the end of most levels, Alex must compete in a game of Scissors-Paper-Rock with that level's boss. If he wins, the level is completed and the player moves on. If Alex loses, the player loses a life and must start the level again.

Along the way, Alex encounters different shops where he can gamble in Scissors-Paper-Rock games to win various items that can help him on his quest. 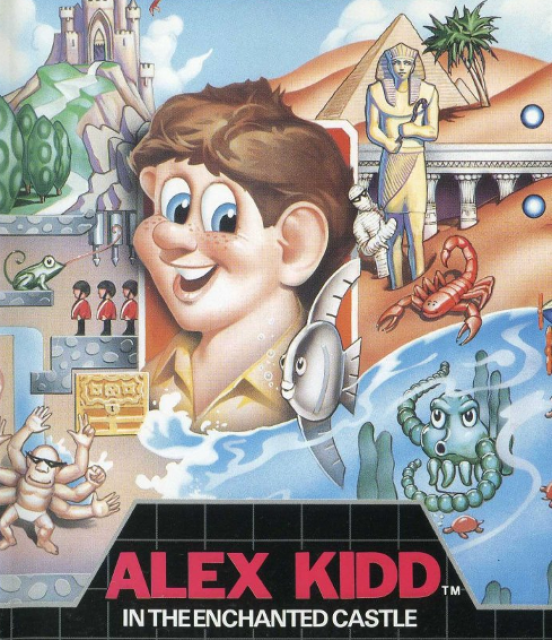