An action game based on the 1990 movie of the same name. In this Sega version, Kevin can construct his own weapons from items found lying around the neighborhood.

In Home Alone the player takes on the role of Kevin McCallister, the protagonist of the movie. The goal of the game is to prevent the games villains, Harry and Marv, known collectively as The Wet Bandits, from looting the houses in the neighborhood. The player accomplishes this by causing “pain” to the burglars. This can be accomplished in one of two ways: booby traps and weapons. The first time Kevin enters each house he is given the chance to place traps. Kevin starts the game with a BB gun and can craft additional weapons, made from items found throughout the houses and the surrounding neighborhood. Weapons are made of three components: Platform; Operator; and Ammo.

There are several meters in the game. When outdoors, the player is always provided with the Charge meter. As long as Kevin has “Charge”, he can boost the movement speed of his sled. This is especially useful when smashing through snowmen to reveal items or outrunning the bandit’s van to the next house. The Charge meter can be refilled by finding batteries. Indoors, the player has three meters: Ammo; Loot; and Pain. Ammo depletes as Kevin uses his equipped weapon, and will automatically refill if he finds additional ammo for the equipped weapon. The Loot meter will fill as Harry and Marv empty the safes located around the house they currently occupy. Once the meter is filled, the house becomes “flooded”, in reference to the Wet Bandits calling card of clogging sinks and letting the water run. Pain will fill as the bandits encounter the traps that were previously laid out or as they are hit by Kevin’s weapons.

If the bandits catch Kevin, they will hang him on a hook, but he can escape by wiggling in all directions. Some of the houses have a guard character that will attack any intruder, including Kevin.

The game will end in a Game Over if the player in unsuccessful in stopping the Wet Bandits from “flooding” all of the houses. If the player is able to fend the Bandits off for the twenty minute time limit they will win the game.

The game does have a higher difficulty that will unlock new items and weapons to be crafted. 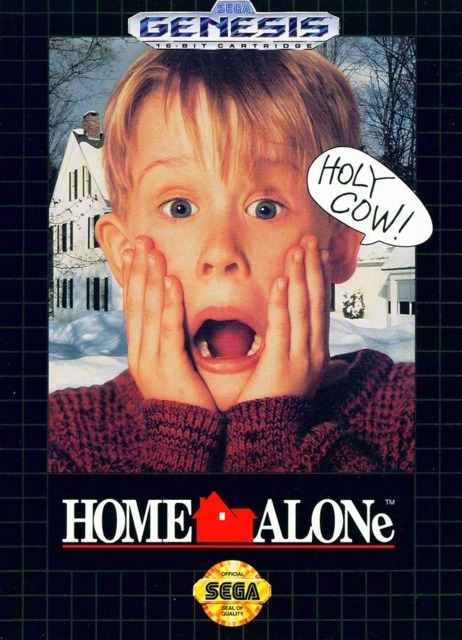