After escaping the burden of city life, an office worker begins their new life managing their grandfather's farmland in the rural region of Stardew Valley in this indie mix of top-down action-RPG and life simulation.

Stardew Valley is a top-down modern-fantasy life-simulation action-RPG created by indie developer Eric Barone (under the studio name ConcernedApe) and digitally published by Chucklefish for the PC on February 26, 2016. It was made available to Mac and Linux platforms on July 26, 2016 and was later ported to numerous consoles (alongside numerous updates).

Built in the same vein as the Harvest Moon and Rune Factory series, players control a customizable resident of the isolated rural region of Stardew Valley. After feeling burdened by their office job in the city, the player character moves to the region after obtaining the deed to their grandfather's neglected farm, where they work to get it restored.

While maintaining their farmland, players can build relationships (both friendly and romantic) with the villagers in and around Pelican Town, learn new trades (including mining and fishing), encounter numerous fantasy creatures (some of which are friendly), and attempt to revitalize the region (by either restoring the town's Community Center or paying the antagonistic Joja Corporation to refurbish it).

Originally a solo project that took four years of development, Stardew Valley later received numerous post-release updates with assistance by both Chucklefish and Playism (for localization). These include new late-game content, more game mechanics and events, improved UI and polish, and multiplayer support (for up to four players).

The game was also ported by Sickhead to the Xbox One and PlayStation 4 on December 14, 2016, with a retail release by 505 Games on April 11, 2017. As a special Collector's Edition, the retail release features a soundtrack CD and poster of the in-game map. It was later ported to the Nintendo Switch on October 5, 2017 and will receive a PlayStation Vita port sometime in 2018.

The core gameplay of Stardew Valley is a farming simulation and employs the typical conventions of many simulation games, such as a day/night cycle and seasonal changes. Farming gameplay involves tilling soil and planting various seeds, as well as maintaining and eventually harvesting the resultant crops. Eventually the player can keep livestock, which are not slaughtered for their meat, but instead generate animal products such as eggs and milk.

While the game's primary focus is farming, Stardew Valley also features fishing, foraging, mining, a combat system and scripted social events. Players can customize their farm's layout, craft special items and decorations, and get to know the townsfolk personally through quests and gift-giving. There are a total of ten romance options (five bachelors and five bachelorettes) and no restrictions regarding same-gender marriage.

The player can choose to try and revitalize Pelican Town's derelict Community Center to unlock various improvements for the town, or they can side with the mega-corporation Joja and pay cash to gain success. There is a local library/museum that accepts donations of artifacts and precious minerals, as well as a mouse merchant who sells unique hats that become available after unlocking specific Steam Achievements.

Stardew Valley features several character customization options when beginning a new game, including gender, skin tone, hairstyle and clothing. Players can also choose their farm's name and their "favorite thing," which is sometimes referenced in dialogue. Animal preference determines whether the player will later receive a cat or a dog as a farm pet.

New arrivals in Stardew Valley are greeted by Robin, the local carpenter. Robin escorts the player to their grandfather's farm, which has become completely overgrown after years of neglect. After meeting Mayor Lewis of nearby Pelican Town, the player is given a basic set of tools and a starter packet of Parsnip seeds with which to begin their new farming operation. Lewis also recommends that the player introduce themselves to the Valley's other residents as the new farmer. After the introductory sequence, gameplay is largely open-ended, allowing players to set their own goals and explore the world at their own pace.

Players manage their farm plot in order to earn income from crops, animal produce and artisan goods. However, the land must first be cleared of obstructions such as trees, shrubs and rocks before any crops or structures can be created. The player's farm plot also contains their Farmhouse, which can be upgraded by bringing cash and raw materials to Robin. Players can sell items by placing them inside a convenient Shipping Box located near the Farmhouse; Mayor Lewis collects the contents of the box each night and sells them on behalf of the player at their standard prices.

Additional buildings can be constructed on the farm by Robin, such as chicken coops, barns and horse stables. Players can restore the destroyed Greenhouse on the northern edge of the farm by completing the Pantry quests in the Community Center, allowing any seeds planted inside to grow regardless of the current season.

Grandpa's Shrine can be found in the farm's northwest corner. Inspecting the Shrine reveals a letter asking the player to "wait for my return at the dawn of the third year".

Players rely on tools to shape their farm plot and gather certain resources. Several Tools can be upgraded by Clint at his blacksmith shop, which increases their efficiency. Upon arriving in Stardew Valley, the player is given a set of five basic tools:

Four additional Tools can eventually be acquired through scripted events, quests or by purchasing them from the appropriate vendor.

Seeds can be bought from Pierre's General Store or earned by completing Community Center quests. They can only be planted on soil tiles that have been tilled with a hoe; once planted, the crop must be watered daily to stimulate growth. Different crops require varying growth periods, and most crops can only be grown in certain seasons. Any planted crops with seasonal requirements will die at the beginning of the next non-viable season.

Various kinds of fertilizer can also be added to tilled soil prior to planting seeds. Each type of fertilizer grants a different beneficial effect, such as faster plant growth or higher-quality crops.

In addition to replanting common Acorns, Maple Seeds and Pine Cones to grow new trees on the Farm, several kinds of fruit tree saplings can also be purchased at Pierre's. Unlike standard crops, trees do not require watering and won't die following a seasonal change, making them viable long-term investments.

Using a hoe, wood axe, pickaxe, fishing rod or watering can consumes Energy, which is displayed as a bar marked with the letter "E" in the lower-right corner. In addition to sleeping in the Farmhouse's bed, Energy can be restored with certain consumable items or by visiting Stardew Valley's local Spa.

Players that stay awake past 12:00 AM will receive a warning that "it's getting late". Going to sleep after midnight reduces the total amount of Energy recovered by the next morning. If the player does not reach their bed by 2:00 AM or uses up their entire Energy reserve, they will pass out on the spot from exhaustion. When this occurs, the player will awaken the next morning with only half of their total Energy restored and an invoice from Harvey for medical services rendered.

A Health meter appears next to the Energy bar while players are in the Mines or the Secret Woods. Like Energy, Health can be restored by sleeping, visiting the Spa or using consumables. If a player's health reaches zero, they will pass out and be woken up by one of the other villagers. Players that pass out due to health loss may randomly lose some of their inventory items, in addition to paying a heftier medical fee to Harvey.

Stardew Valley is a lush and largely undeveloped region located in the Ferngill Republic. It contains the village of Pelican Town, as well as a number of other natural and artificial landmarks that can be discovered in the surrounding areas.

Certain characters refer to the ongoing conflict between the Ferngill Republic and the Gotoro Empire, an opposing nation located on the opposite side of the Gem Sea.

Stardew Valley's residents are initially somewhat wary of the player as a new arrival. Players can give gifts to most villagers to increase their affection, which is represented in the game's pause menu by a row of ten Hearts next to the villager's face. Twelve of the villagers can be pursued romantically and can eventually marry the player.

According to ConcernedApe on the Stardew Valley's forums, patch 1.1 would include the following fixes and added content:

He also mentions that he's working on even further support for cooperative multiplayer, localization for non-English speakers, Mac/Linux support, and unknown console support. 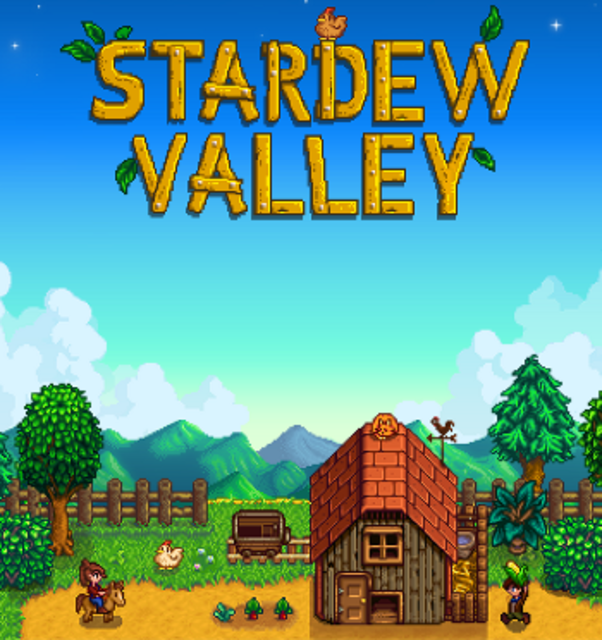