Players race snowmobiles around over-the-top courses throughout the world. And shoot each other with rockets.
PlayStation 2

Arctic Thunder is a snowmobile racing game by Midway similar to Hydro Thunder, and was a continuation of the "Thunder" series of games. It was released in the arcade, on PlayStation 2, and on the original Xbox.

In Arctic Thunder, up to 4 players can race across a snowmobile course littered with powerups and obstacles. The courses are done in an over-the-top style and several are (loosely) modeled after real-life locations, like Chernobyl and Washington, D.C. Players can acquire powerup items to harm other players and advance themselves. They also have a boost bar which can be used to increase their speed. Players can also kick and punch people who are next to them.

Players have several characters to choose from with different stats that affect their speed and handling, including several unlockable characters.

The arcade version of the game has a full sit-down cabinet that resembled a snowmobile and was controlled with handlebars. 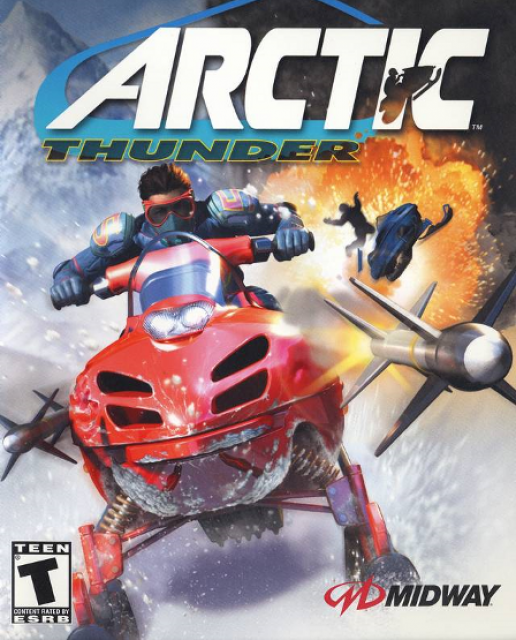