The definitive version of Tekken 7 (and the one ported to home consoles), featuring a dedicated story mode that concludes the rivalry between Kazuya and Heihachi.

Tekken 7: Fated Retribution (known in the console versions as Tekken 7) is a 3D fighting game developed and released by Bandai Namco for arcades (running the PC-based Namco System ES3 hardware) exclusively in Japan on July 5, 2016.

An enhanced re-release of the 2015 game Tekken 7, Fated Retribution adds four additional characters (one of whom is a guest character from Capcom's Street Fighter series), new default outfits for a variety of characters, and a new variation of the Rage Art (the "Rage Drive").

The game was later ported to the Xbox One, PlayStation 4, and PC on June 2, 2017, adding a dedicated story mode and the return of some characters from previous Tekken games, with additional characters and modes added later as paid downloadable content (with multiple season passes). Some of these additions were later brought back into the arcade version on February 2019 (as Tekken 7: Fated Retribution - Round 2).

The main story, playable in the console version (known as "The Mishima Saga"), takes place after the events of Tekken 6: Bloodline Rebellion and is told from the perspective of a reporter whose family were lost in the crossfire between the Mishima Zaibatsu and G Corporation. Although Jin Kazama has defeated the demon Azazel, his absence in the Zaibatsu has led Heihachi Mishima to regain control and escalate matters against G and its head (his son, Kazuya).

Fated Retribution is the first Tekken game to include guest characters from outside of Namco's games (including those from other game genres and media). One of these characters, Akuma from the Street Fighter series, was made an important part of the game's main story.

All characters that debuted on the Console version of the game were added to the Arcade version on July 27, 2017.

Both Season 1 characters were added to the arcade version on February 2019.

All Season 2 characters (other than Negan) were added to the arcade version on February 2019.

First two DLC stages were added to the arcade version on February 2019. 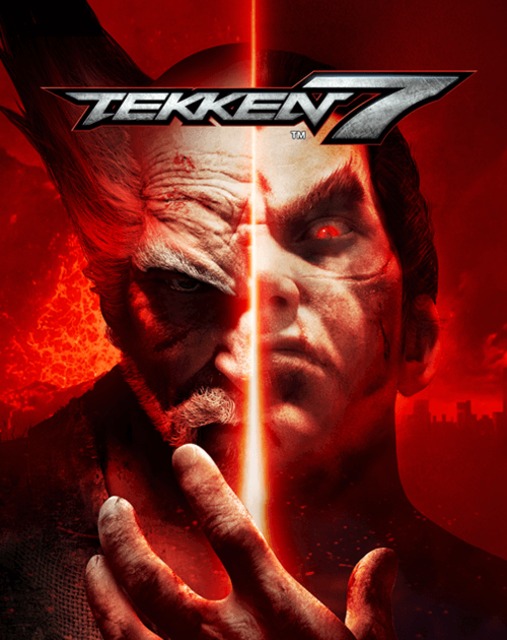