Crawl through the corridors of a building being torn apart at the seams by demonic forces.

On a dark and dreary night outside of a foggy little abbey, a hooded figure rides up to the doors on a horse. Nothing but silence settles on the surroundings as the character dismounts and attempts to knock. Upon discovering that the door is completely sealed, the hooded character goes around the back of the building. Slowly, the figure climbs up and eventually makes her way into the building. Then suddenly darkness, screams, blood, and monsters. The intro of Koudelka is one that leaves the player with a good idea of what is to come. This game is the first entry in what became known as the Shadow Hearts series. The game follows a heroine by the name of Koudelka and a band of would be dead men if it weren't for her intervening. Spectacular cinematics, grid based gameplay, and a peculiar setting constitute this horror JRPG from many years past.

The Shadow Hearts franchise is known for its cult based story-telling, with many figures from reality being skewed by the writer. Koudelka was the game that started this trend of dark storytelling. As previously mentioned, the game follows a heroine by the name of Koudelka. However, not everything is at it appears. Koudelka has the mysterious ability to heal people, and seems to be drawn in by some kind of demonic forces that pervade the building. Over the course of the game, the player takes control of Koudelka and the people she meets along the way in order to solve the mystery of this dark setting. The characters in Koudelka are all fairly normal people placed into an abnormal situation. The first character you meet in the game is dying when he meets Koudelka. After being rescued by her healing spells, he follows Koudelka for a good portion of the game.

Koudelka is a mix between turn-based roleplaying that you find in other JRPGs such as Final Fantasy, and a grid based movement system found in games like Disgaea. This combination of two types of combat systems created a fairly unique JRPG for its time. There is a lot of strategy elements in the game that are a direct result of this marriage between two unlikely game types. The character development in the game is based solely on how the player wants the characters to play out. Like in games such as Diablo, once a character levels up you're granted extra stat points which you can distribute among the over six different traits. These traits govern how a player advances over the course of the game. Guns, swords, magic, and other oddities make up the roster of weapons that you make use of during the game.

Being one of the most unique settings in a JRPG, Koudelka takes place in an old building which stands on top of a religious site. The manor that the beginning portion of the game takes place in creates a heavy atmosphere. It is very similar to something one may find in Resident Evil or Silent Hill. The enemies in the game are also extremely varied, and represent deformed versions of everyday people and animals. Giant beetles, deformed humans, wolf men, walking armour, and many other horror characters make their presence known in the creeking halls of this old building. The cinematics and the sound design in the game also add to the sense of urgency as you run through the corridors attempting to find your objective.

Koudelka is a game which marriages many classical role-playing elements, while adding an entirely new theme and focus thanks to the story. The combination of grid based and turn-based gameplay is an unlikely union, but adds to the human feel of the characters themselves. Koudelka is an oddity among JRPG games, and relies on the horror theme to an extreme. Being the predecessor to Shadow Hearts, one can expect many satanical and cult themes within the game. This is a classic JRPG for those looking for a unique experience unlike anything else they have experienced in the genre. 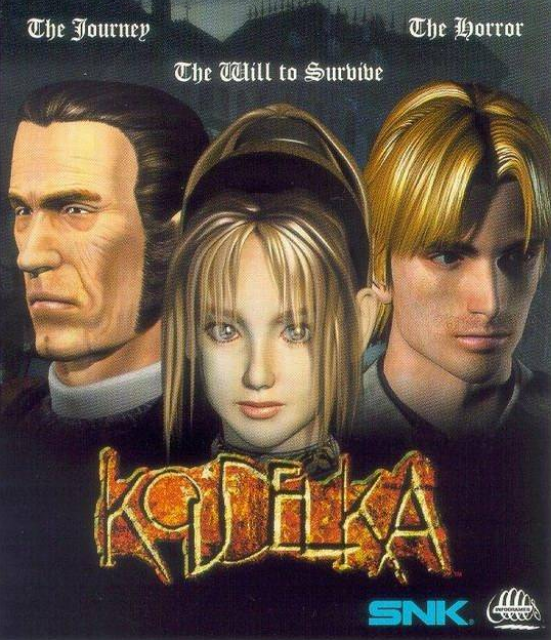