Taking the sport of baseball to the future, 2020 Super Baseball plays with a variety of new rules and abilities with teams composed of both cybernetically-enhanced humans and robotic machines.

The first game by unknown Neo Geo developer Pallas, 2020 Super Baseball brings the baseball game mechanics of Baseball Stars Professional to the future. Players control teams of both cybernetically-enhanced humans and robotic machines as they play a more aggressive game of baseball (filled with new rules and abilities) in the futuristic Cyber Egg Stadium.

The game was later released for both the Neo Geo AES (on October 25, 1991) and Neo Geo CD (on February 25, 1995). It was also ported to the Super Nintendo Entertainment System (developed by Monolith and released by K Amusement in Japan and Tradewest in North America) in 1993 and Sega Genesis (developed by NuFX and released by Electronic Arts) on March 1994.

2020 Super Baseball plays like a typical baseball game with some notable tweaks. The game is played using an eight-way joystick and four buttons. The buttons each control basic actions such as when to pitch, when to bat, when to run, and to which base to throw the ball. The stick is used to guide the fielders to the ball, or the runner to the next base.

The first thing that changes how this game is played is in the layout of the Cyber Egg Stadium. Areas of the outfield fence are now covered with protective glass, except for the center field, and this glass will bounce the ball back onto the field and into play. The foul zones in the Cyber Egg are reduced to just behind first and third base. Behind first and third base are the Stop Zones, which cause a ball to immediately stop rolling if it touches them. Near the fence there are Jump Zones, where fielders can jump to superhuman heights to catch a ball that would normally go into the stands. Finally, the robotic Umpire will also set the Crackers on the field between innings; these are land mines that will stun a player should they be careless enough to step over them. All of these features in the Cyber Egg Stadium add up to a game that encourages powerful hitting, more bases taken, and a generally more aggressive style of play than traditional baseball.

Beyond the futuristic new stadium, a powerup system is also available to both the offensive and defensive team. At any time before the ball is pitched, either player can call up a menu of powerups for their pitcher, batter, or fielder. These upgrades come in three progressive strengths. Human players can also be traded for robots which stay more accurate over a longer time on the mound, but can explode and become useless after heavy use. Powerups are paid for with money that is awarded the player for good play, such as hitting the ball and scoring runs. 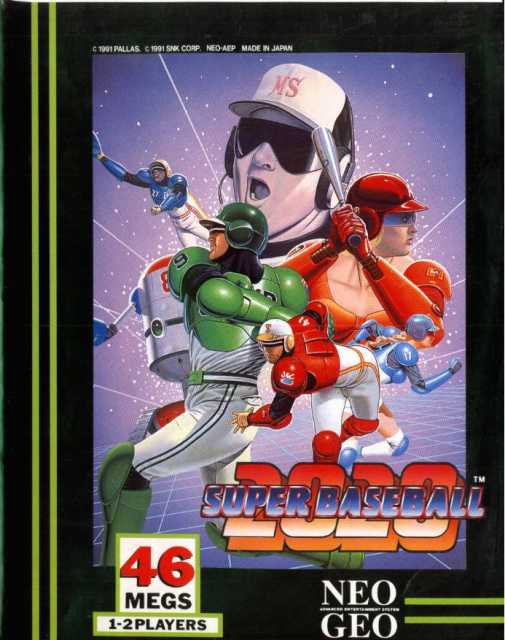