Don the "Terror Mask" on the Sega Genesis/Mega Drive one final time to save Rick's wife and son from certain gruesome death in Splatterhouse 3.

Rick Taylor--seemingly unable to escape the Terror Mask--returns in Splatterhouse 3 to teach evil a lesson for kidnapping his wife and son David. It is revealed to Rick that the plight of Jennifer is merely a distraction while David was always the intended target. If Rick is to keep his family safe and his sanity intact, he realizes he has to destroy the Terror Mask once and for all.

Splatterhouse 3 differs slightly from its predecessors by introducing a time trial mechanic to each level of the game. The game's story will alter depending on whether or not the player can finish a level before time runs out.

Also, Rick can collect Eldritch Orbs to fill a power meter which, when full, transforms Rick into a hulking monstrosity, capable of serious "Badassery".

Splatterhouse 3 marked the end of the Splatterhouse series, until a remake was made for the Xbox 360 and PS3.

Electronic Gaming Monthly gave the review scores of 8,8,8,8 and 9 out of ten. Mike Weigand, who gave the higher score, wrote, "This is a guilty pleasure! The control is near perfect and the ability to become a muscle-bound destroyer is an excellent option! Things are very violent here, and at times, extremely disturbing, but this game delivers". 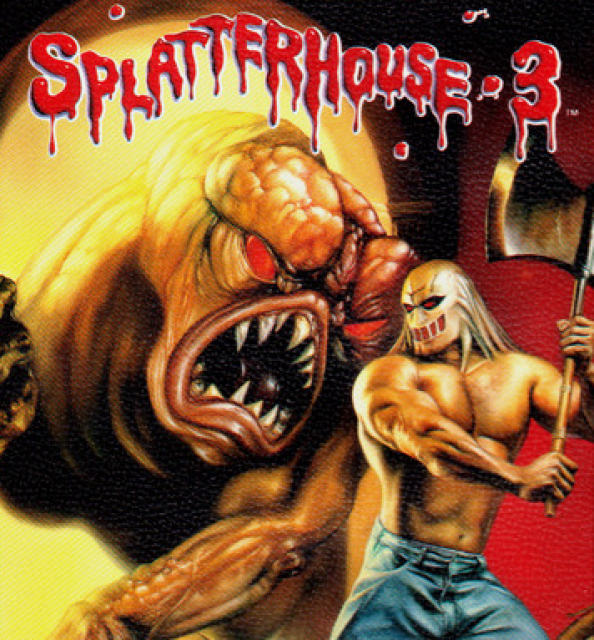